On Thursday 25 October, NHF Historian Dr. David Winkler addressed the U.S. and Russian Navy delegations during concluding ceremonies of the 40th Annual Incidents at Sea Agreement Review that was held at the Naval Observatory. Dr. Winkler’s 1998 dissertation at American University covered the history of the Incidents at Sea Agreement that was negotiated between the United States and the Soviet Union in 1971-1972. Winkler’s work was subsequently published by the Naval Institute Press in 2000 under the title of Cold War at Sea and was republished by Dalhousie University in 2008 under the title Preventing Incidents at Sea. This year it has been republished under that title in Beijing in a Chinese translated edition.

During his talk, Winkler acknowledged the 50th anniversary of the Cuban Missile Crisis as a historical starting point that eventually led to safety at sea talks. He emphasized it was the professionalism of naval officers on both sides in the negotiation and execution of this accord that modified how the two navies acted on the high seas when within each other’s presence. Members of the seated official party (see photo below) included Rear Admiral Kenneth Norton, Deputy Chief of Staff for Strategy, Resources, and Plans, U.S. Naval Forces Europe; Rear Admiral Vasily Lyashok, Deputy Chief of Main Russian Navy Staff for Plans and Development; Deputy Undersecretary of the Navy Robert Martinage; Senator John Warner; and Vice Admiral Mark Fox, Deputy Chief of Naval Operations (Operations, Plans, and Strategy).  Rear Admiral Doug Venlet, Director of International Engagement, served as the master of ceremonies.

Following Winkler’s remarks, Senator Warner provided a personal account in his role as the Secretary of the Navy who negotiated this accord. Senator Warner discussed signing the accord on May 25, 1972 and spoke with the highest esteem of the individual who signed the accord on behalf of the Soviet Union — Admiral of the Fleet of the Soviet Union Sergei Gorshkov. He also acknowledged the important roles President Nixon, National Security Advisor Henry Kissinger, and Defense Secretary Melvin Laird played in supporting the negotiations.

Following additional remarks from Vice Admiral Fox noting how the agreement has served as a model for other accords. Rear Admirals Norton and Lyashok signed the minutes of the 40th review session of the INCSEA accord and Senator Warner signed as a witness. 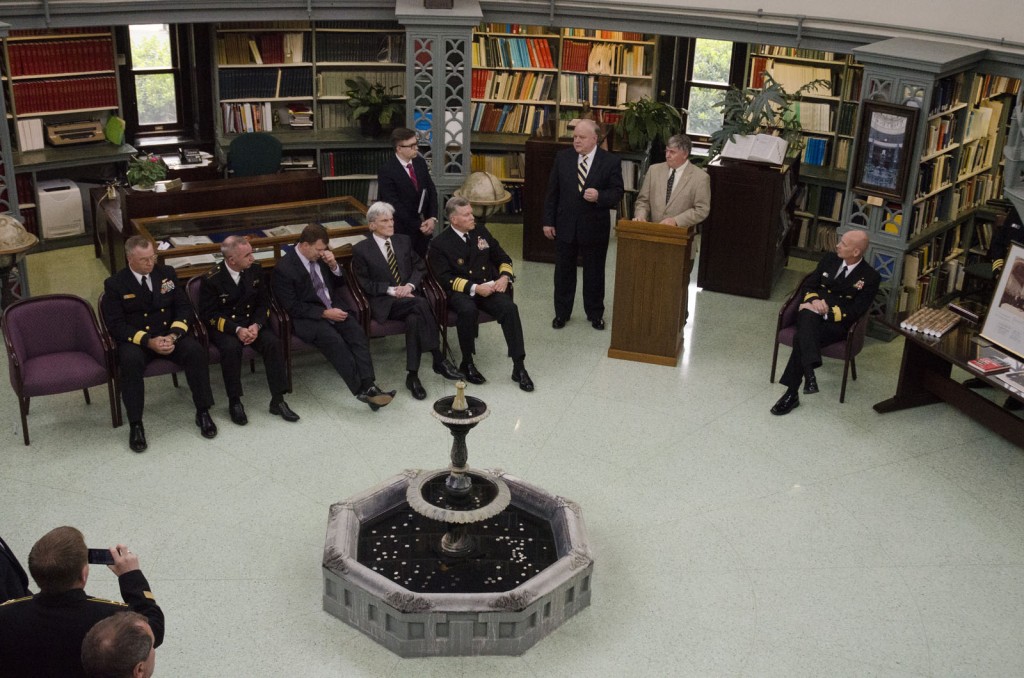 NHF Historian Dr. David Winkler (at the podium) addresses the U.S. and Russian Navy delegations during concluding ceremonies of the 40th Annual Incidents at Sea Agreement Review that was held at the Naval Observatory. U.S. Navy Photo.