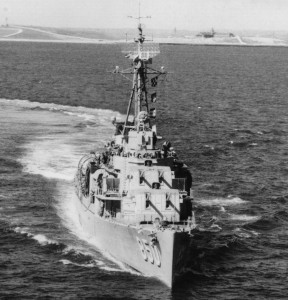 This month marks the 50th anniversary of the Cuban Missile Crisis. During that dramatic confrontation, ships and aircraft of the U.S. Navy formed a blockade around the island of Cuba, to put a stop to Soviet efforts to build an offensive nuclear force on that island nation (watch a video about the Crisis here). One of the many ships involved in what was termed a “quarantine” operation was the Gearing class destroyer USS Joseph P. Kennedy Jr. (DD 850). The destroyer is now open to the public as a museum ship in Massachusetts.

USS Joseph P. Kennedy Jr. was commissioned in late 1945, just missing the action of World War II. It was named after the older brother of future president John F. Kennedy, who died in 1944 during an experimental program which used bombers  as explosives-laden guided missiles. Human pilots were required to get the aircraft off the ground and pilot them for the first part of their remote controlled voyage. Lieutenant Kennedy’s PB4Y-1 aircraft exploded prematurely over the skies of England on the way to its target in France. Kennedy and his co-pilot, Lieutenant Wilford Willy, were both killed. DD 850 was named in honor of the naval aviator, with his sister Jean Kennedy serving as ship’s sponsor. The family connection with the destroyer was a strong one, with brother Robert serving in the ship as an apprentice seaman during its shakedown cruise in early 1946.

Kennedy had its first taste of combat during the Korean war, where the destroyer served in carrier screens, and pounded shore targets with her main guns. In 1961, Kennedy underwent Fleet Rehabilitation and Modernization upgrades (FRAM) and re-entered service in the middle of 1962. Just a few months later, the crisis around Cuba unfolded, and Kennedy found itself playing a leading role in the blockade operations. Of particular note was the boarding operation of the Lebanese flagged freighter Marucla (see photo below).

Kennedy remained in service for another 11 years, and participated in the recovery operations for NASA’s Gemini 6, 7, and 12 missions, as well as the later Apollo 4 mission. After nearly 30 years of service, the destroyer was finally decommissioned in 1973. Kennedy is now one of the feature attractions at Battleship Cove, in Fall River, MA. As with other museum ships, keeping this 67 year old steel ship in top condition in a maritime environment is hard work. Twice a year, curators and maintenance staff team up with dedicated volunteers for a Field Day to tackle restoration projects. Earlier this year, in May, over 70 people turned out to work on the ship. The group included a mix of active duty Navy personnel, Navy veterans, and civilians from around the country. In addition to extensive repainting of several passageways, the Field Day team restored Electronic Countermeasures Room Number 1 within the Combat Information Center (see photo below of the restored and functioning SPA-25 Radar Repeater). 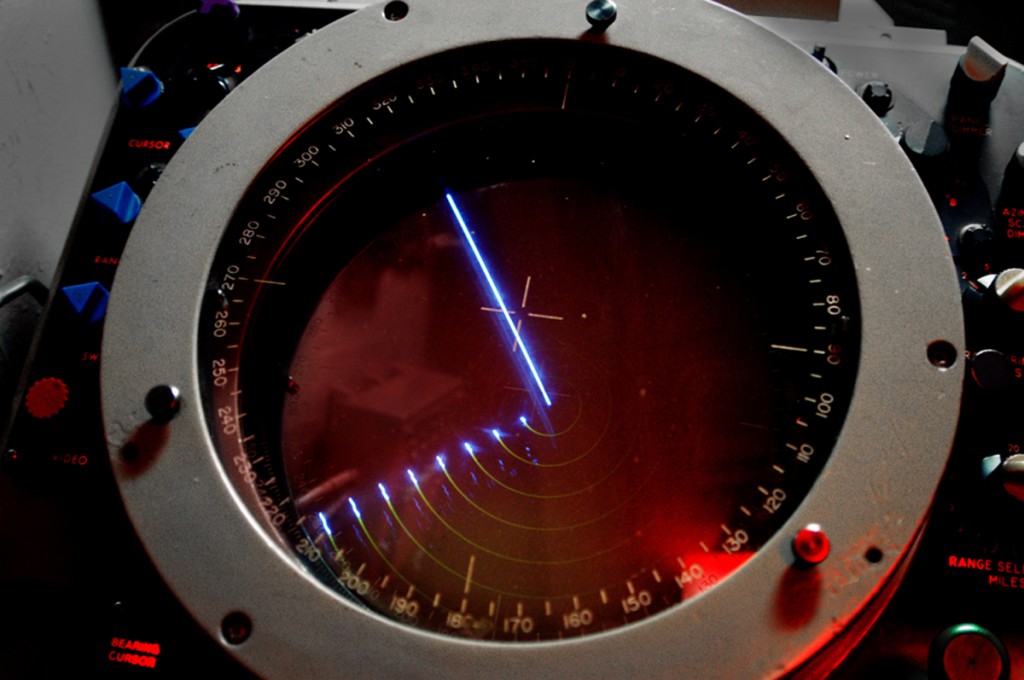 The fall Field Day on board Joseph P. Kennedy Jr. is scheduled for 11-14 October, and volunteers are always needed. Those interested in lending a hand should contact Rich Angelini at rich_angelini@comcast.net, or call the museum at 1-508-678-1100. Throughout the month of October, the Navy and the nation will be remembering the Cuban Missile Crisis. Battleship Cove is hosting a series of events on October 27, and here in the Washington DC area we’ve designed a set of exhibit panels remembering the confrontation (see our earlier story here). If you look closely at the panel on the right, you’ll see that Joseph P. Kennedy Jr. is part of the presentation – displaying the seapower of the United States in the face of adversity. 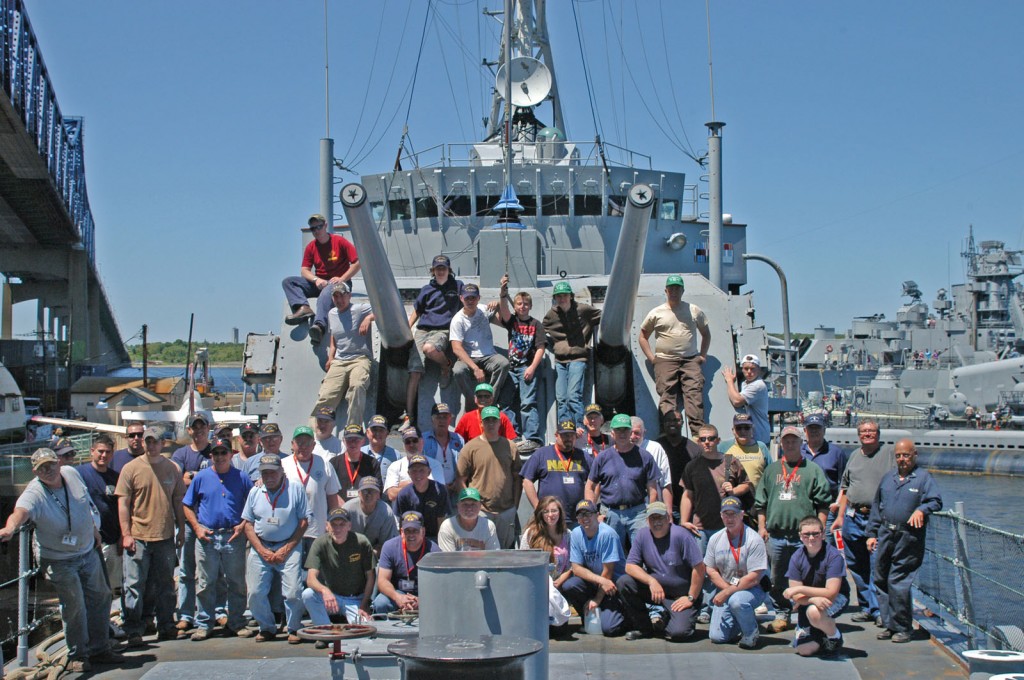