The Naval Historical Foundation, the Association of Naval Aviation, and the Marine Corps Aviation Association recently had the opportunity to commemorate the service and sacrifice of a World War II Marine Corps aviator, and honor the families who were directly affected by his death nearly 70 years ago. A solemn ceremony was held on 6 October 2012 at the Leatherneck Gallery in the National Museum of the Marine Corps, to return the Wings of Gold found at a World War II Virginia crash site to the family of one of the victims. 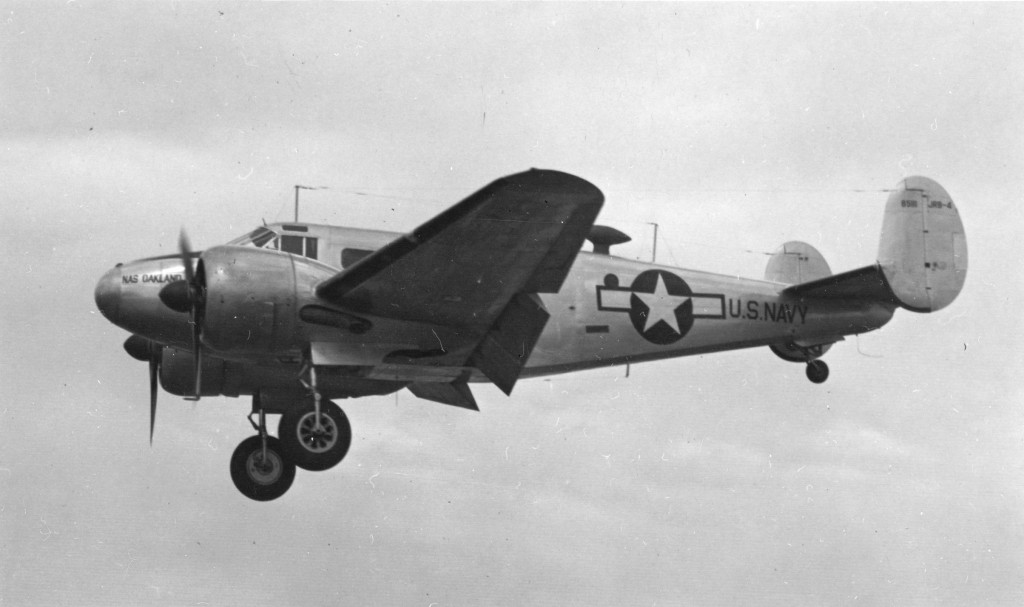 Local Virginia residents assisted the military in recovering the remains of the four men. The Navy abandoned the wreckage on the mountain after determining the crash was an accident. Some time after the crash, one of those local area residents, Fugate Crumley, found a set of naval aviator wings near the crash site. He retained the wings and passed them on to his daughter Maggie, who was born after the crash. In 2000, while witnessing her son Major J.P. O’Dell III, USAF, receiving his silver U.S. Air Force navigator badge, that daughter realized how significant these service aviation insignia are to aviators and their families.

After several attempts to locate information on the crash and the pilot, and assuming the pilot of the Navy plane would be a naval officer, Maggie contacted the Naval Historical Foundation via our website in February of this year. NHF often helps the public with naval history inquiries like this one. In April, with NHF’s help, Maggie obtained a copy of the Middleboro, KY newspaper that reported details of the crash to the local Kentucky, Tennessee and Virginia communities. Using the information from that article, NHF obtained a copy of the Aircraft Accident Report from the Aviation History Branch of the Naval History and Heritage Command. The report identified the pilot and one passenger as Marine Corps aviators.

The National Naval Aviation Museum historian provided details on the mid-1930s flight training records of the two men, since then as now Navy and Marine Corps pilots are both classified as naval aviators and go through a common training pipeline. NHF also worked with archivists at the Marine Corps History Division who located the casualty cards on the two deaths, indicating that Lieutenant Colonel Walters left a wife and children, while Lieutenant Colonel Syms was unmarried when he died, and thus has no direct descendants. 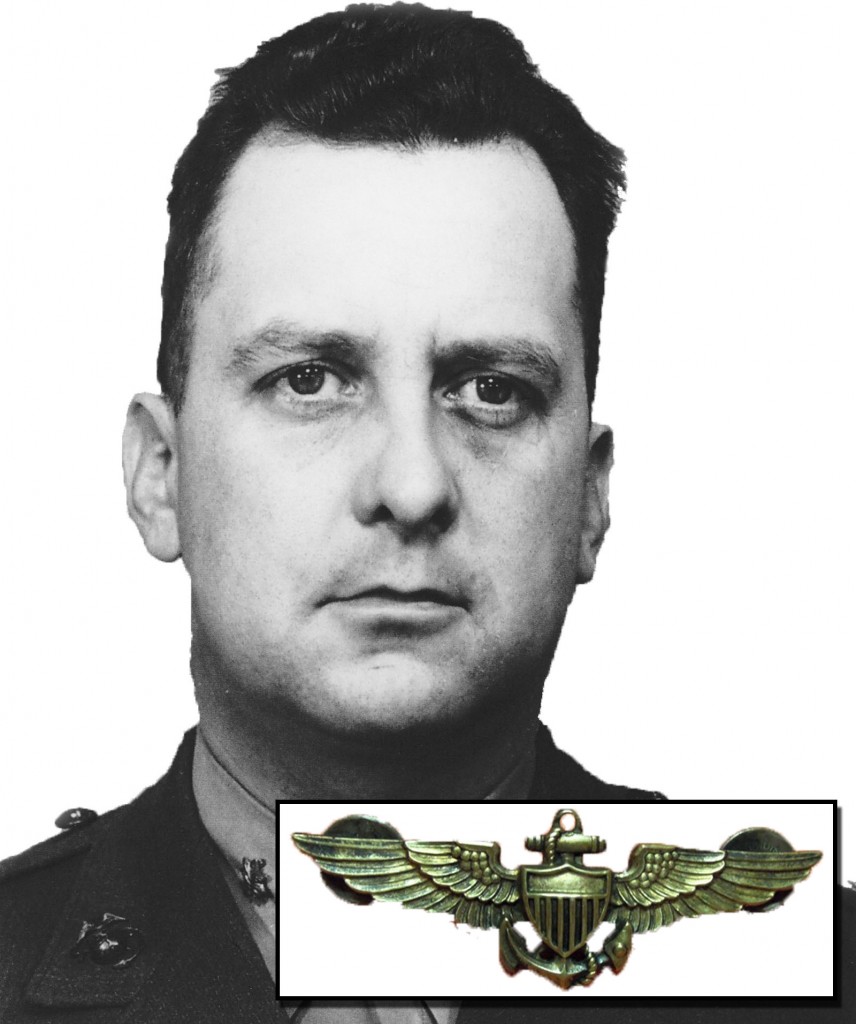 Lieutenant Colonel Walters, with an inset photo of the Wings of Gold found at the crash site.

Ten or more years ago, the search might have ended right there. Today, with the internet, new options are available. An on line search located a blog posting from 2011 by a William F. Walters, son of Julian Walters, with a question about his father’s Marine Corps career. An email inquiry in May via that posting resulted in a June phone call to NHF by William Walters. William, born three weeks after his father’s death, was told of the wings and the likelihood they had belonged to his father (or his father’s friend Syms).

Together with NHF, the O’Dell and Walters families discussed the situation and agreed to assemble to formally transfer the wings from one family to another. The ceremony held on 6 October honored both deceased Marine Corps aviators. Representatives from both family were in attendance, as were staff and members of the Board of Directors of both NHF and the Marine Corps Aviation Association. The Wings of Gold were returned to the Walters family in a commemorative shadowbox.  An emotional Walters commented that “I don’t see this as closure, but as a new chapter in his story.” In return, the Walters family presented a shadowbox to Maggie O’Dell and her son, Major O’Dell, identical in every detail except for the use of a replica Wings of Gold insignia.While we may never know to whom the wings from the crash site actually belonged, their return to the Walters family proved a symbolic and moving tribute to four lost souls who died in the service of their country in 1945. 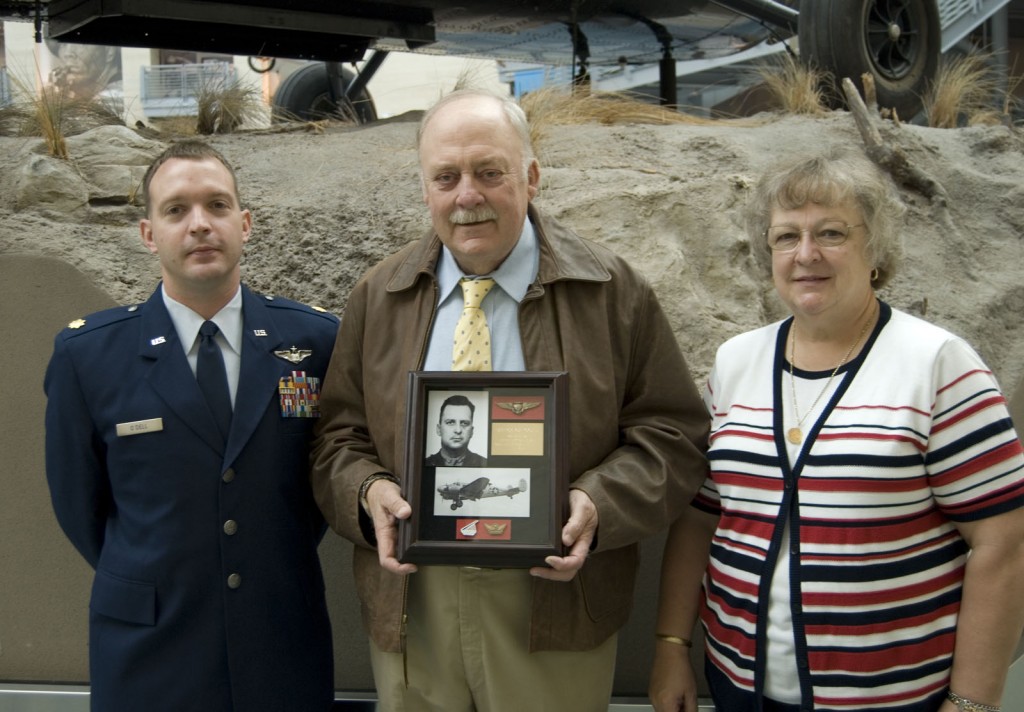 William Walters (center) holds the shadowbox containing Wings of Gold from the crash site. At left is Major J.P. O’Dell III, at right is Maggie O’Dell, members of the family that kept the Wings safe for nearly 70 years.