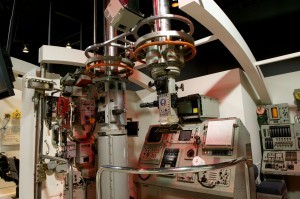 In October 2012, the Cold War Gallery at the Washington Navy Yard, part of the National Museum of the United States Navy, will open to the public. The Gallery has been in development since 2003 and features a number of impressive exhibits, as well as a large collection of ship and aircraft models. The facility was designed to tell the story of the nearly 50 year long “Cold” War with the Soviet Union, spanning the years 1945-1991. In particular, it seeks to commemorate the service and sacrifice of U.S. Navy Cold War veterans, by bringing their often-forgotten story to the public. The opening of the Gallery has been long anticipated, and coincides with the 237th Navy Birthday Celebration in October.

The exhibits on display in the Cold War Gallery are the newest built for the Navy Museum. Four large new exhibits have been constructed over the past three years. Visitors enter the Gallery and are immediately faced with a Trident I C-4 missile looming over the entrance in the Central Hall, along with a timeline of the Cold War and an interactive display with a quiz covering the flags of NATO and Warsaw Pact nations. A ten minute introductory film on the history of the Cold War can be viewed in the Ready Room Theater, an exhibit designed to resemble a squadron ready room on board an aircraft carrier. The largest exhibit in the Gallery is the Covert Submarine Operations exhibit. This past summer the newest exhibit, called Into the Lion’s Den, opened in the Gallery. It recreates the bridge of the cruiser USS Newport News (CA 148) during a 1972 night engagement in Haiphong Harbor. In addition to these sophisticated exhibits, a great variety of artifacts from the Korean and Vietnam Wars are on display with interpretive labels. And some of the Navy’s most impressive weaponry can be seen in the Gallery, including a Tomahawk Land Attack Missile, and a “Fat Man” Mark III Atomic Bomb. 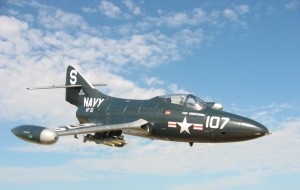 Additionally, the Gallery boasts a large number of high quality ship and aircraft models. Most notable is the enormous 24 foot long builder’s model of the aircraft carrier USS Forrestal (CVA 59). Other ship models include the cruiser USS Newport News and the submarine USS George Washington (SSBN 598) in a floating drydock. There are also models of the ships and weapons of the Soviet Union, such as these submarine models. The aircraft model collection is extensive and features models from every period of the Cold War. All were sponsored by Cold War naval aviators, many of whom went on to careers as NASA astronauts – including Neil Armstrong, the first man on the moon.

To learn more about the Cold War Gallery, and take a Virtual Tour of the exhibits, please visit: usnavymuseum.org. The website features 360 degree panoramas of the exhibits on display, as well as imagery of artifacts, models, and images from the Cold War. It also includes many videos of the Gallery, and U.S. Navy training films and documentaries made during the Cold War. And don’t forget to visit the Navy Museum Store when you come down to the Navy Yard. The store stocks a wide variety of memorabilia from the Cold War, some of which can be purchased online at museumstore.navyhistory.org. 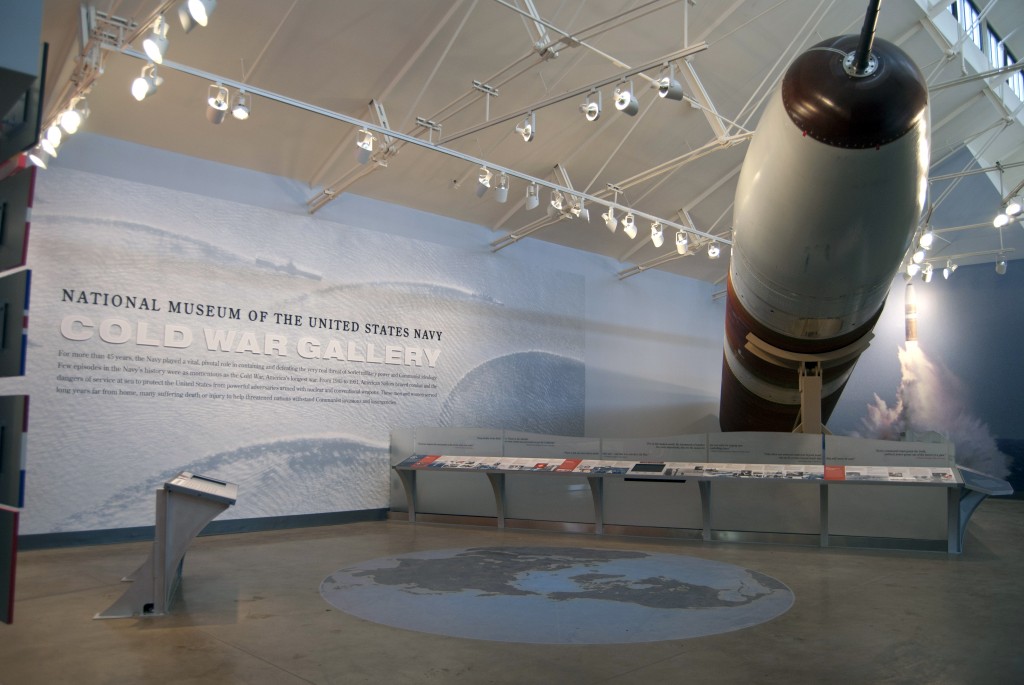