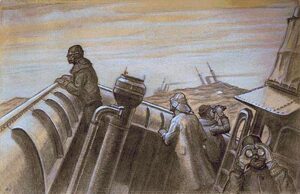 In the history of warfare few campaigns have been as long, as complex or covered as large an area as the Battle of the Atlantic did in the Second World War. The contest for allied maritime communications began on the first day of the war in 1939 and continued until the German surrender in May 1945. On the seventieth anniversary of the climax of the battle, this conference aims to draw together international scholarship with a view to highlighting recent approaches to its study and its emerging role in the wider historiography of the war. Where are we today in understanding convoy operations, the application of air power and intelligence? Although the core theme is the turning point in the spring of 1943 papers dealing with broader issues like logistics, economic aspects, agriculture and industry, maritime communications and grand strategy across the campaign are encouraged. Equally important is the human experience, the weather, morale, the impact on the home front and the role of ports and internal transport.

Paper proposals should be submitted by 15 December 2012 along with an abstract and curriculum vitae to the conference organisers: Marcus Faulkner (marcus.s.faulkner@kcl.ac.uk), the Society for Nautical Research (malcolm.llewellynjones@btinternet.com) and Global War Studies (Robert von Maier, globalwarstudies@gmail.com). Attendance for presenters will be free and it is intended that the conference proceedings will be published in due course.

The conference is being organized by the Department of War Studies, King’s College London; the Society for Nautical Research; and Global War Studies.