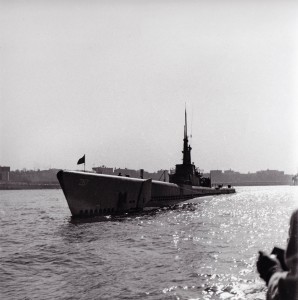 There is perhaps no place in America as closely identified with naval history as Pearl Harbor. The “day that will live in infamy” on 7 December 1941 has not been forgotten by the people of the United States, and great care has been taken to preserve U.S. Navy history and heritage on and around the waters of Hawaii. The hulk of the battleship USS Arizona lies just below the waters of Battleship Row where she sank on that tragic day, and is now graced by an elegant memorial that impresses tourists from around the world. Nearby, the mighty battleship Missouri reminds visitors of the rebirth of the Navy from the ashes of Pearl Harbor, and the hard fought victory over Japanese aggression in the Pacific. Just across the bridge from Ford Island, opposite the two battleships, is USS Bowfin Submarine Museum and Park. The staff and volunteers of Bowfin work hard to maintain the World War II submarine on display there, to ensure that the story of those who served under the sea during World War II and the Cold War is remembered.

It seems almost fateful that Bowfin (SS 287) would survive the battlefields – and the scrapyards – to find a permanent home at Pearl Harbor. The Balao class fleet attack submarine was launched on 7 Decemember 1942, exactly one year after the Japanese sneak attack, and was given the nickname “The Pearl Harbor Avenger.” She was built in Maine, but after commissioning proceeded to the Pacific to join the fight against Japan. She completed nine successful war patrols in the Pacific, and was awarded the Presidential Unit Citation for a patrol in late 1943 that resulted in numerous enemy ship sinkings off the coast of Vietnam (formerly French Indochina). You can read more about that patrol here, as well as a full breakdown of Bowfin‘s war patrols. It is difficult to definitively say how many enemy vessels the boat sank during the war. Bowfin‘s Battle Flag claims 39 Japanese merchant ships and 4 military vessels, with numerous others damaged. The sub even sunk a merchant ship belonging to Vichy France. Post war studies have confirmed at least 23 of these sinkings, and Bowfin ranks 15th out of 188 U.S. submarines with a qualified sinking during the war.

Following the war, Bowfin served in the Atlantic Fleet until 1947, when she was decommissioned and placed in reserve. The Korean War prompted a re-activation of the sub from 1951-1953, and she spent the remaining years of the 1950’s in reserve at Mare Island. Bowfin was moved to Seattle in 1960 and served as the Naval Reserve training submarine until she was at last stricken from the Naval Register in 1971. Effective lobbying by Admiral Bernard “Chick” Clarey and Rear Admiral Paul Lacy, as well as Hawaii Senator Daniel Inouye, in the early 1970’s enabled the dream of USS Bowfin Submarine Museum and Park to become a reality. By 1978 a non-profit organization had been formed, and in 1979 they took possession of the boat.

That was only the beginning of the organization’s work to memorialize the submarine force. Maintaining any museum ship is hard work (see our earlier story about ex-USS Slater) but Bowfin’s environment brings special challenges to those in charge of her ongoing restoration and maintenance. Pearl Harbor is the ideal historical spot for the submarine, and she is the only submarine on display in her former home port. But this location also means that Bowfin is moored in salt water year round. The corrosive effect of the salt water is considerable. The heat of the Hawaiian sun compounds the maintenance issue. Three full time staff members are employed to fight the constant battle against rust and deterioration: John Anderson, Terry Jones, and Martin Chagnon. Anderson is the head of restoration, with 20 years experience, and Jones has been an assistant and welder for 6 years. Both Anderson and Jones maintain the exterior of the submarine, while Chagnon maintains and restores the interior of the submarine.  A “before and after” example of their work battling rust on deck can be seen below:

Despite the difficulties of maintaining a 70 year old boat in a harsh climate, the staff of Bowfin continue to do superior work. Navy inspectors have deemed their maintenance “outstanding” or better for the last eight years, and as a result inspectors been able to reduce the number of required inspection visits. The sub’s staff have also been regularly recognized by the Historic Naval Ships Association in their annual awards. John Anderson was awarded the Historic Naval Ship Maintenance/Preservation/Exhibition Award in 2011, given to the HNSA Fleet Member staff or volunteer person who has provided exemplary work on a daily or part time toward the long term maintenance and preservation of a historic naval vessel and/or toward the proper exhibition of that vessel to the general public. The HNSA awards (a full list can be found here) are replete with recipients from USS Bowfin Submarine Museum and Park over the past 20+ years.

In addition to audio tours of the meticulously restored spaces inside the boat, the Museum also runs educational outreach programs for teachers from around the Hawaiian Islands, as well as teacher workshops. They have a research library that is open to the public and which holds a large submarine archive. Their website (www.bowfin.org) contains a wealth of information, and is worth a visit. If you are in Hawaii, be sure to make the time to stop by and visit this jewel of Pearl Harbor. 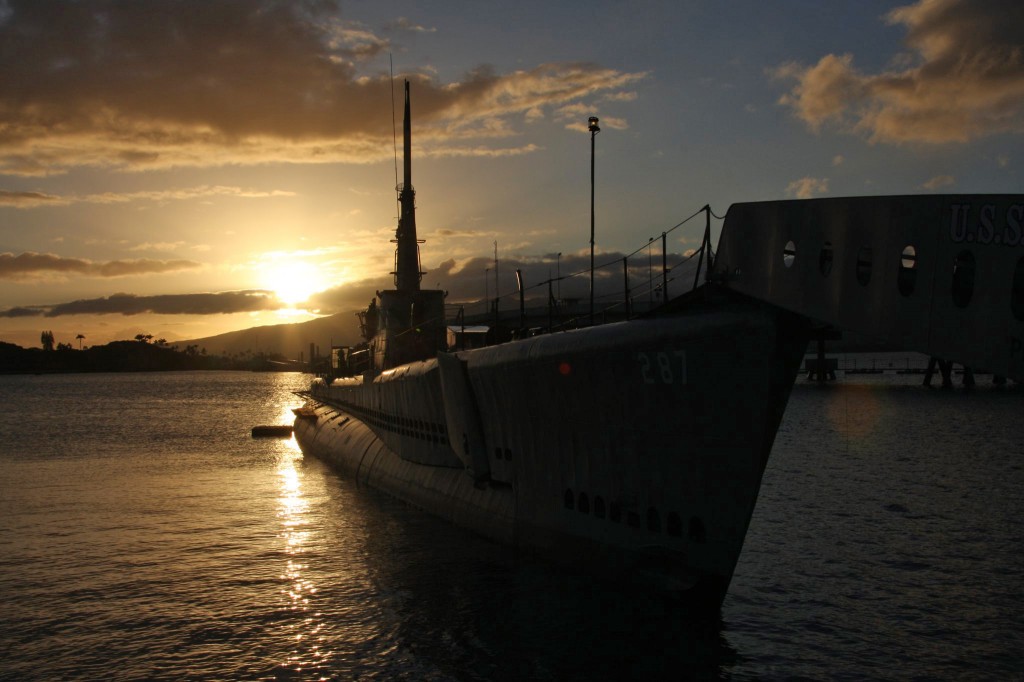