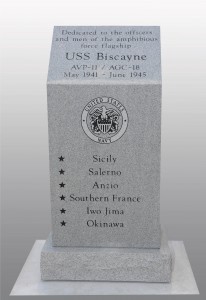 From time to time, we get the opportunity to assist a veteran who wants to recognize a ship or shipmate. Stanley Morrison served on board the amphibious force flagship USS Biscayne (AVP 11/AGC 18) during World War II. Now 93 years old and living in Pennsylvania, this radioman has a fond place in his heart for Biscayne, a veteran of both the Mediterranean and Pacific theaters during the war. Through his generous donation, a granite marker was  installed at the Miami Military Museum in March 2012. Our Executive Director, Captain Todd Creekman, USN (Ret) played a small role in facilitating this process and helping this veteran’s dream become reality.

Biscayne was originally commissioned as a seaplane tender in 1941, but was converted to an amphibious force flagship in 1943. During World War II, the ship participated in campaigns in the Mediterranean at Sicily, Salerno, and Anzio, as well as Operation Dragoon, the invasion of Southern France, which took place 68 years ago today. She later served as the flagship of a destroyer squadron and subsequently participated in the invasions of Iwo Jima, Kerama Retto, and Okinawa. After the war Biscayne was turned over to the Coast Guard and served as USCG Dexter (WAVP-385, later WHEC-385) until decommissioned and returned to the Navy in 1968 for use as a target.

Morrison happens to be an NHF Member, and consulted with Creekman on possibilities for publicizing his efforts and promoting the idea of a monument. Creekman spoke with historian Bob Cressman of the Naval History and Heritage Command, prompting Cressman to pen a story for Naval History magazine about Biscayne. Creekman further suggested that Morrison and the Biscayne veterans contact the Navy League in Florida to see if a home could be found for the monument. Through this connection the Biscayne group soon began to develop a relationship with the Miami Military Museum, and all of the pieces began to fall into place. The location made perfect sense, given that the ship was named after Miami’s Biscayne Bay. In a formal ceremony held on 11 March 2012, the monument was unveiled and dedicated, finally establishing a place of permanent remembrance for the ship and her crew. 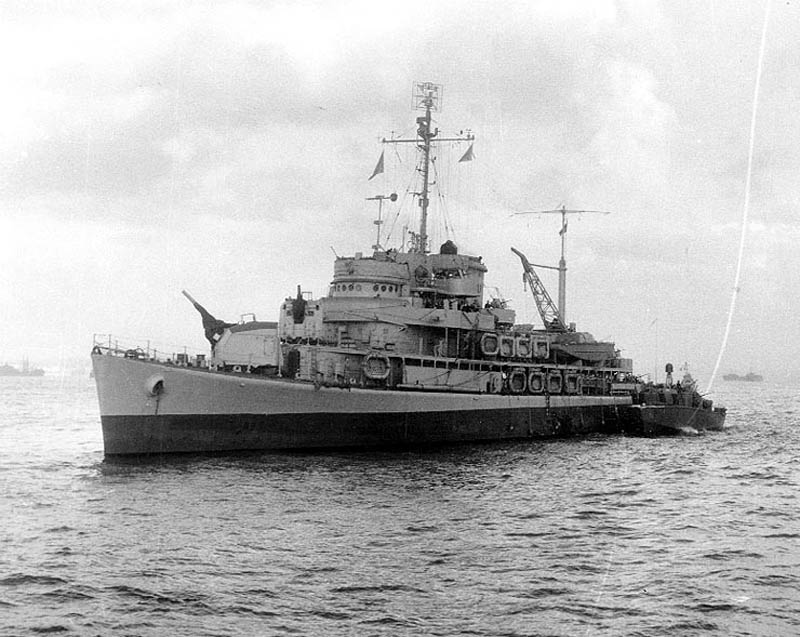