The danger of combat often brings out the best in people. A way to honor the individuals who have acted with “conspicuous gallantry and intrepidity at the risk of his [or her] life above and beyond the call of duty” “while engaged in action against an enemy of the United States, engaged in military operations involving conflict with an opposing foreign force or serving with the friendly foreign forces engaged in an armed conflict against an opposing armed force in which the United States is not a belligerent party” [1. Source: www.navy.mil/moh/faq.html] is by awarding them the Medal of Honor. Some of these Medal of Honor recipients died and were awarded the medal posthumously. Those who survived to tell their tale often remark that they wear their medal not for themselves, but for everyone who served and who also deserved the award.

Four Medal of Honor Aircraft models are located in a special display case in the Cold War Gallery at the Washington Navy Yard as a way to honor what these extraordinarily brave and courageous men did. An HO3S-1 Helicopter in memory of LTJG John K. Koelsch, an F4U-4 Corsair I flown by LTJG Thomas J. Hudner Jr., an UH-2A Seasprite in memory of LT Clyde E. Lassen, and an A-4E Skyhawk in memory of LCDR Michael J. Estocin are the four aircraft and Medal of Honor recipients that are honored in the Cold War Gallery. 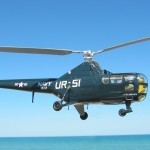 In early July 1951, in North Korea, darkness was swiftly seeping around the mountains with a thick layer fog when the call came in that a Marine aviator had been shot down and remained trapped in hostile territory. LTJG Koelsch stepped up to the plate and volunteered to fly a helicopter to the downed aviator and attempt to rescue the Marine. Koelsch flew an HO3S-1 unarmed helicopter without an accompanying fighter escort deep behind enemy lines and was hit on the way in by increasing enemy fire until he finally reached the severely burned airman. As the downed pilot was being brought into the helicopter enemy fire struck Koelsch’s machine once again but this time with much more disastrous results; the HO3S-1 crashed into the side of the mountain yet LTJG Koelsch extracted his crew and the wounded aviator from the debris and led them for 9 days to try to escape the enemy. Unfortunately, they were not able to evade the enemy forever and were eventually captured. LTJG Koelsch refused to aid their captors or submit to interrogation. He remained an inspiration to his fellow prisoners due to his fortitude and consideration of others until his death on October 16, 1951 while still a Prisoner of War.  LTJG Koelsch was the first helicopter pilot to be awarded the Medal of Honor. 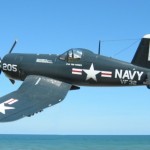 On December 4, 1950 LTJG Thomas Hudner, a pilot in Fighter Squadron 32, attempted to rescue a squadron mate, ENS Jesse L. Brown, whose aircraft had been hit by antiaircraft weapons and went down behind enemy lines. LTJG Hudner risked his own life as he flew into hostile territory to save the injured pilot from the flaming aircraft. Hudner, in a wheels-up landing, carefully set down his F4U-4 Corsair in the sub-zero temperature, mountainous terrain.  After cramming snow onto the burning fuselage, he proceeded to try and free Brown to no avail as the crashed pilot’s knee was pinned in the plane. After his first unsuccessful attempt, LTJG Hudner returned to his own crashed aircraft and requested by radio that a helicopter equipped with an ax and a fire extinguisher be sent immediately to their location.  Upon the arrival of the helicopter, Hudner used the ax to attempt to free Brown but the ax could not make a dent in the plane’s exterior.  The helicopter pilot informed Hudner that since his aircraft was not equipped for nighttime flying he needed to head out before darkness fell and it was Hudner’s choice if he stayed or went back to USS Leyte.  With Brown unconscious and near death, Hudner made the tough decision to go back to his ship after all options had been expended. On April 13, 1951, President Harry S. Truman presented LTJG Hudner the first navy Medal of Honor awarded for actions in the Korean War thanks to his exceptionally courageous action and selfless loyalty to a shipmate. In July 2011, CAPT Hudner visited the Cold War Gallery to see his model for the first time, see our earlier story here. 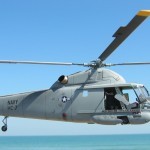 Soon after midnight on June 29, 1968, a rescue attempt of two downed aviators trapped in North Vietnam began with LTJG Lassen flying his UH-2A Seasprite to their position. Lassen flew his aircraft proficiently over the unfamiliar and hostile terrain until he reached the steep, tree-covered hillside where the survivors were. The first attempt to rescue the aviators was not successful as Lassen initially landed in a clearing at the base of the hill but the survivors could not reach the helicopter as the undergrowth was too thick. With lighting from flares to guide another attempt, LTJG Lassen was able to hover between 2 trees until illumination was suddenly lost when the flares were exhausted. The helicopter collided with a tree and started a sharp descent until Lassen skillfully righted the aircraft and once again attempted, unsuccessfully, to get those aviators to safety. The Seasprite’s fuel was almost gone and LTJG Lassen made the decision to turn on his landing lights, despite knowing that this would give away his position. This brave action made it possible to finally rescue the survivors. Once the aviators were on board the helicopter, they took off towards the coast and effectively evaded antiaircraft fire. Lassen landed the helicopter on USS Jouett (DLG-29) with a scarce five minutes of fuel remaining. President Lyndon B. Johnson presented LTJG Lassen with the Medal of Honor on January 16, 1969. Lassen was the first naval aviator and the fifth Navy man to received the Medal of Honor for heroic actions above and beyond the call of duty in Vietnam. 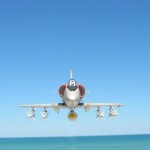 The last, but most certainly not least, is the story of how LCDR Michael Estocin became a Medal of Honor recipient. LCDR Estocin, a pilot of Attack Squadron 192, went above and beyond the call of duty on 20th and 26th April 1967 over Haiphong, North Vietnam. First on 20 April, Estocin flew an A-4E Skyhawk and led a three-plane group to support a strike against two thermal plants in Haiphong. Continuously warning the strike group leaders of surface-to-air missile (SAM) threats, Estocin knocked out three SAM locations, sustained severe damage to his plane from a missile, yet still reentered the target area. While in the target area he faced antiaircraft fire and but completed a SHRIKE attack. With only five minutes of fuel remaining, Estocin performed in-flight refueling. On 26 April, Estocin led another attack on a threatening SAM location and his aircraft was once more damaged by an exploding SAM. Despite the damage LCDR Estocin bravely continued his mission and launched his SHRIKE missiles. Sadly, another Skyhawk exploded near his A-4E and forced it into a fatal dive that killed him on impact with the ground.

These men were all deserving of the Medal of Honor for the bravery, courage, and unswerving devotion to their fellow squadron mates and missions in the face of grave personal danger above and beyond the call of duty and they all upheld the highest traditions of the U.S. Naval Service. Without men such as these, there would be a lot more people who would not have made it out hostile lands or survived the wars in which they served. Thank you to all who have served and a special thanks to those who have gone beyond the call of duty.

The aircraft models were built by Michael “Psycho” McLeod, a retired naval aviator from Florida. 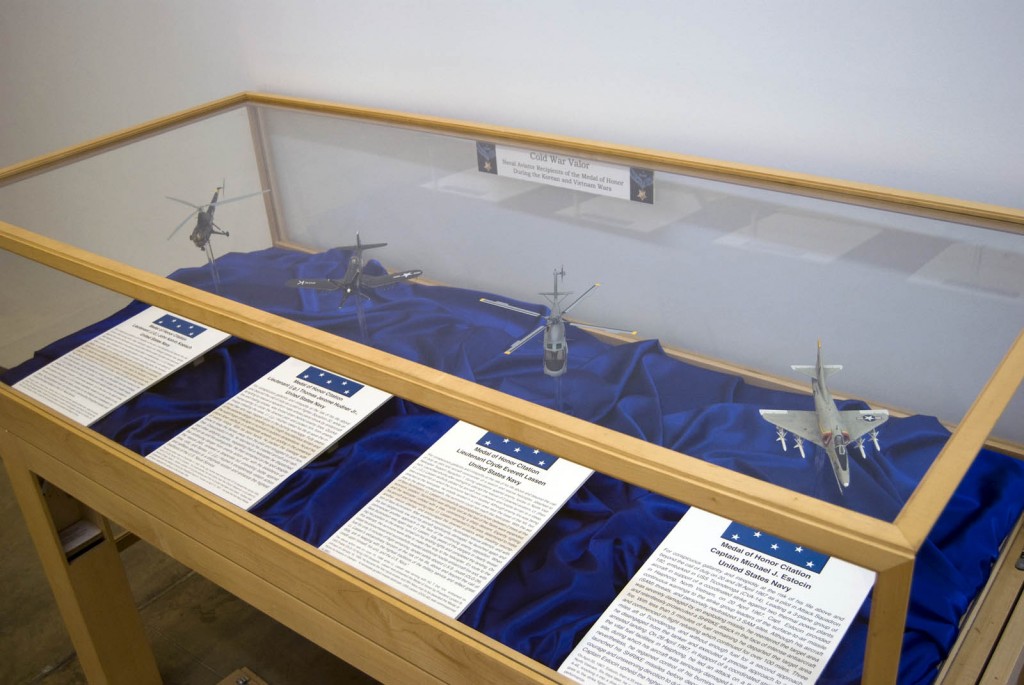 The four Medal of Honor aircraft models, on display in the Cold War Gallery