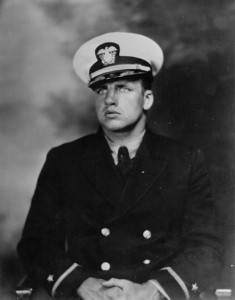 Author Michael Mink recently contacted us about articles he writes for Investors Business Daily’s Leaders & Success page.  “Leaders and Success,” looks at great leaders of today and the past, from fields as diverse as computer technology, professional sports, and the military. Just last week, Mink wrote a story on Rear Admiral Richard Antrim. As a young naval officer during World War II, Antrim was taken prisoner by the Japanese following the Battle of the Java Sea in 1942 when his ship, the destroyer USS Pope (DD 225) was sunk (read the Action Report of the battle here). Antrim remained in captivity through the end of the war, often displaying exceptional leadership in the face of Japanese brutality. For his heroic and selfless actions, Antrim was awarded the Medal of Honor.

You can read the full story about Antrim over at Investor’s Business Daily.