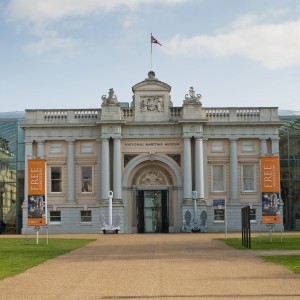 From conflict, culture and science to society, economics and politics, the Royal Navy’s relationship with Britain has always been complex and reflexive. It has been the nation’s primary arm of defence and the means by which empire was expanded and sustained. In both peace and war, it has shaped and been shaped by the powers of the British state. It has driven and responded to commercial, industrial and technological forces. As an institution, it has defined and reflected not only the nature of Britishness, but its component notions of class, race and gender. As a workplace, it has generated lifestyles that mirror wider norms while also diverging from them.

In July 2013 – and to coincide with the opening of a new permanent gallery of British naval history – the National Maritime Museum will host a major conference addressing the interconnections between the Royal Navy and Britain from 1688 to the present day. Its aim is to examine this naval and national relationship from the broadest possible range of perspectives. As such, the organizers welcome proposals from operational, administrative and technological history through to social, cultural and gender history, and the histories of art, material culture and literature. By these means, the conference will endeavour to inter-relate the varied approaches to the navy represented in recent scholarship. Key themes will include:

Please submit proposals of 300 words for individual papers, along with a short CV to research@rmg.co.uk . Panel proposals are also encouraged, though preference will be given to those that display disciplinary or chronological diversity. They intend to publish a selection of papers as a volume of conference proceedings.