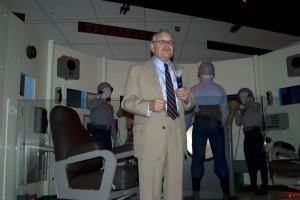 The Naval Historical Foundation 2012 Annual Meeting was held on Saturday, 23 June, and featured the debut of a brand new exhibit for the Cold War Gallery. Admiral James Holloway, USN (Ret), christened the new exhibit with a riveting firsthand account of the 1972 battle in Haiphong Harbor that is memorialized in the new “Into the Lion’s Den” exhibit.

The meeting began with the vote for a new President, RADM John T. Mitchell, USN (Ret). RADM Mitchell succeeds VADM Robert Dunn, USN (Ret), who served in the position for 14 years and will continue on as a member of the Board of Directors.

Upon the conclusion of the elections, a brief update was given to the members and friends assembled in the Cold War Gallery. The remarks were facilitated by NHF Chairman ADM Bruce DeMars, USN (Ret). Topics covered included the transition of leadership from VADM Dunn to RADM Mitchell; finance, membership, and audit updates; and a briefing on NHF educational initiatives such as the STEM-H Teacher Fellowship Program, Mission Ocean, and the Exploration Command Console. NHF recognized two Volunteers of the Year, Captain Roger Jones, USN (Ret), and Charles Bogart, both of whom have been key contributors to our Naval History Books Reviews e-letter. VADM Dunn also had the opportunity to share his farewell remarks to the crowd.

At the conclusion of the annual meeting, the foundation members and visitors moved to the South Gallery for the formal ribbon cutting of the “Into the Lion’s Den” exhibit. This display tells the story of four U.S. Navy warships steaming into Haiphong Harbor in 1972 to shell North Vietnamese shore positions. They came under attack by enemy shore batteries, as well as Russian built North Vietnamese PT boats. With the help of two A-7 Corsair II Navy jets, the PT boats were destroyed, and the four ships exited the harbor safely after completing their mission. Admiral Holloway was on board the cruiser USS Newport News as Commander Seventh Fleet, and personally called in the air support that helped ensure their safe departure. At the NHF meeting, a crowd gathered around the exhibit, and Admiral Holloway shared the exciting story of the battle. Following his remarks, he cut the ribbon on the new exhibit. When the “Start” button on the exhibit was pushed for the first time, the deck of the exhibit began to shake and rattle from simulated naval gunfire, while the portholes of the simulated cruiser bridge lit up with flashes of the 8″ and 5″ guns. The audio portion of the exhibit featured recorded audio from the 1972 battle, as well as newly recorded clips from Admiral Holloway himself.

Following the ribbon cutting, NHF members, staff, leadership, and representatives from the U.S. Navy Museum gathered for a buffet lunch. Included in the crowd were other veterans of Operation Lion’s Den. We hope to share some of their experiences in the coming weeks.

Many thanks go out to the donors and friends who brought this exhibit to life! 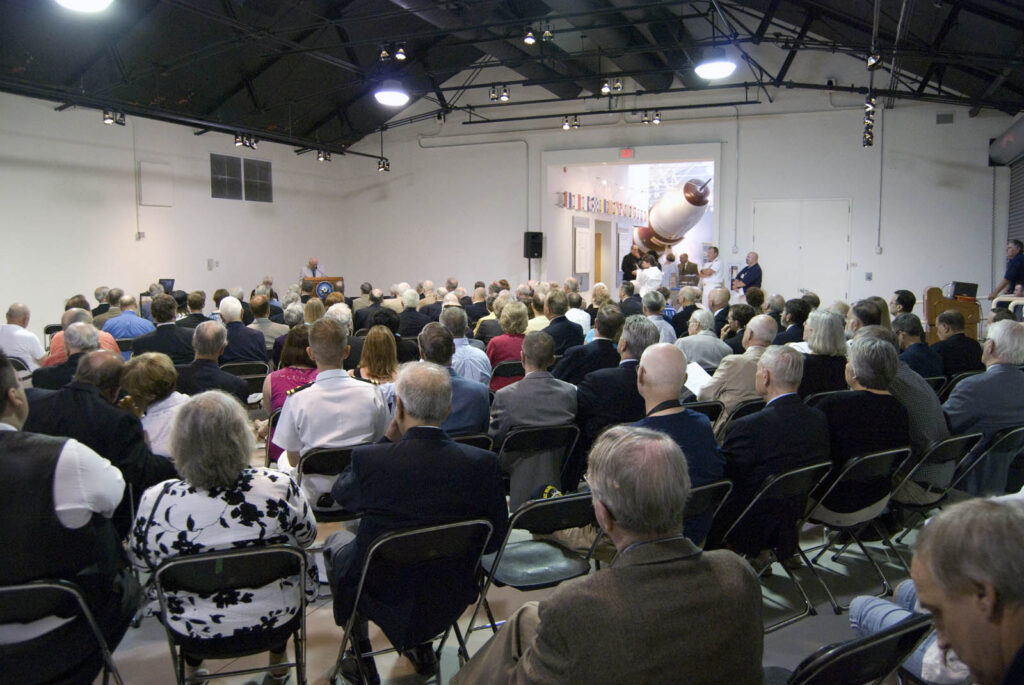 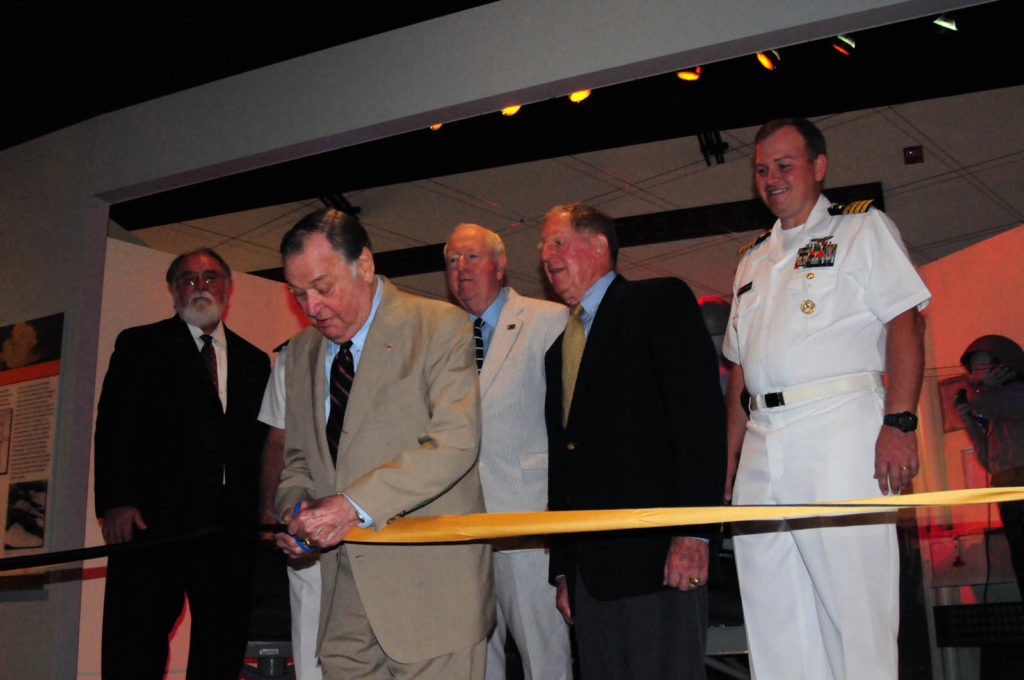 At the conclusion of the annual meeting, the foundation members and visitors moved to the South Gallery for the formal ribbon cutting of the new “Into the Lion’s Den” exhibit.