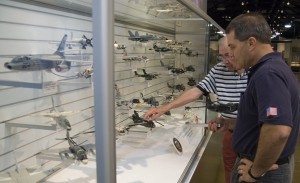 The Cold War Gallery houses an impressive collection of aircraft models, all built by retired naval aviator Michael “Pyscho” McLeod. On Wednesday, 2 May 2012, three new models joined the collection. Psycho lives in Florida, and builds the aircraft in his workshop at his home. He is currently a pilot for Delta Airlines, and was able to hop a flight up last week to install the three models. As usual on his visits, he relied on the hospitality of long time NHF volunteer Captain Ted Bronson, USN (Ret), who facilitated the transport of the models from Florida, and the model builder from the airport!

Each of the three new models has a unique story. Two are replicas of Medal of Honor aircraft, and the other played a fascinating role in early Cold War nuclear deterrence. Perhaps the most well known of the aircraft is the Douglas A-4E Skyhawk, modeled after the one flown by then-Lieutenant Commander Michael J. Estocin over the skies of Vietnam in 1967. In April of that year, he led 3-plane anti-SAM (surface to air missile) strikes that came under heavy enemy fire. On 20 April he led a successful attack against 3 SAM sites, despite heavy damage to his aircraft, and returned safely to the carrier USS Ticonderoga (CVA 14). Estocin led another anti-SAM strike group on 26 April, and once again came under heavy fire. With his aircraft aflame, he managed to launch his SHRIKE missiles at the target, and then turned and head for home. But he never made it – the damaged aircraft fell from the sky and crashed. Estocin was awarded a posthumous Medal of Honor. This model was sponsored by Captain Dale Lewey, his squadron mate.

The new helicopter model is a Sikorsky HOS3-1, flown by Lieutenant Junior Grade John Koelsch during the Korean War. In July 1951, Koelsch flew his HOS3-1 into a deeply overcast mountainous area in an attempt to rescue a downed Marine aviator. He succeeded in rescuing the injured Marine, despite heavy enemy gunfire and approaching darkness. During the rescue attempt, the helicopter was shot down, but Koelsch brought the chopper down safely and helped his crew and the Marine escape, then led them through 9 days of evasion from enemy capture. The men were ultimately captured, but Koelsch continued to show exemplary leadership and restraint during captivity, until his eventual death while still a prisoner of war. He, too, was awarded a posthumous Medal of Honor. Koelsch’s HOS3-1 model was sponsored by Captain Colleen Nevius.

The final new model is a North American AJ-1 Savage. The Savage had a relatively short career in the Navy, serving as a carrier based nuclear capable bomber in the early 1950’s. The AJ-1model was sponsored by Vice Admiral Jerry Miller, in honor of Vice Admiral Dick Ashworth, who flew it for VC-6 in 1951. This model proved to be particularly challenging for Psycho, as the kit needed to build it is exceedingly rare. The master molds for the kit seem to have disappeared somewhere in Eastern Europe, and Psycho had to scour online vendors and collectors to finally locate a kit for sale. The Savage, unique with its two propeller engines and one jet engine, was a large aircraft, and the resulting model is one of the larger ones now on display in the Cold War Gallery aircraft model case.

Brazo Zulu to Psycho for yet another fantastic set of aircraft models! Please visit the “Fly Navy” page of our Cold War Gallery website to see photos of the 34 aircraft models now on display. 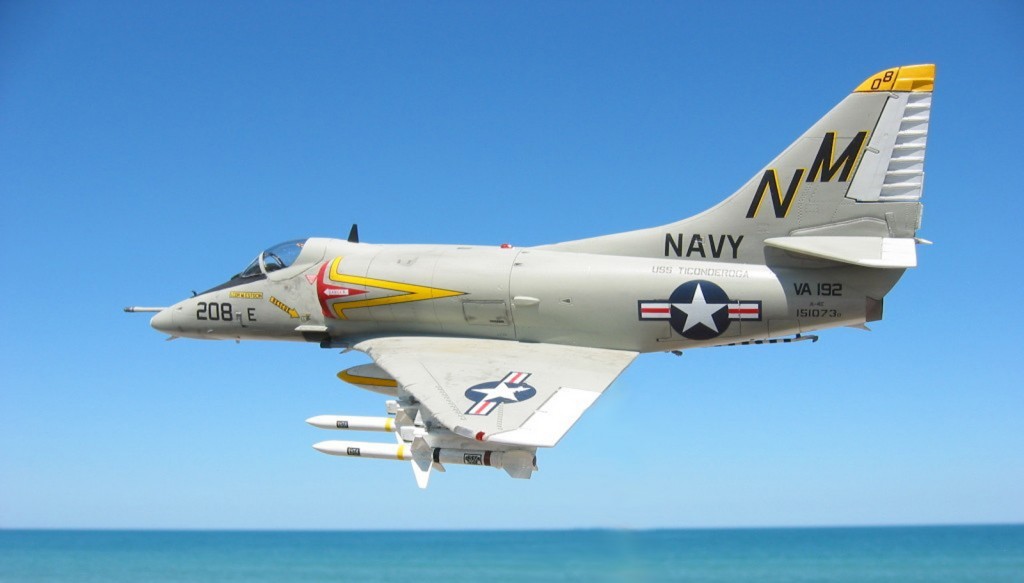 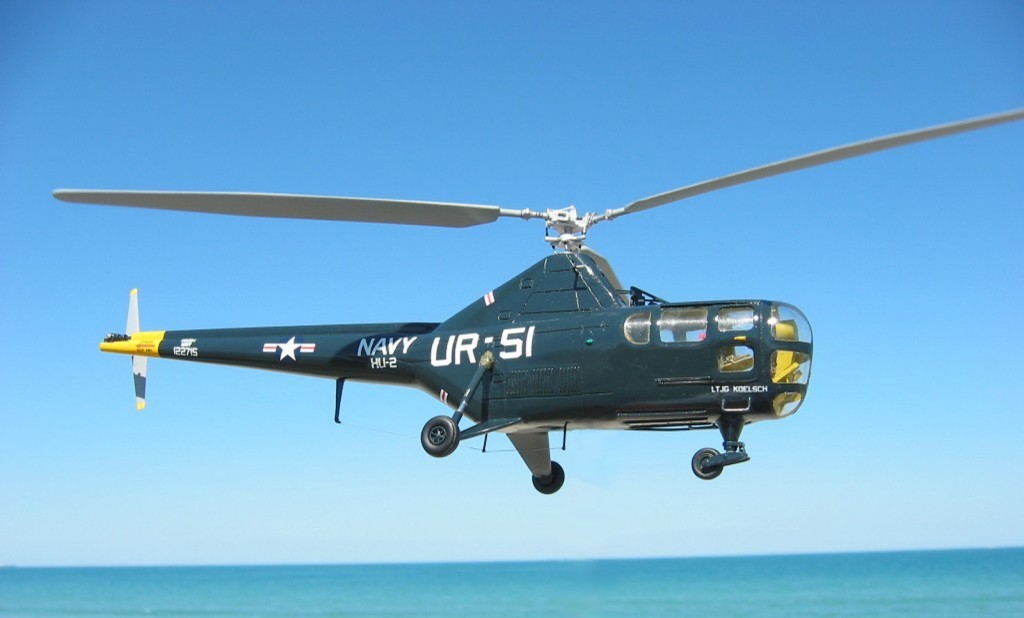 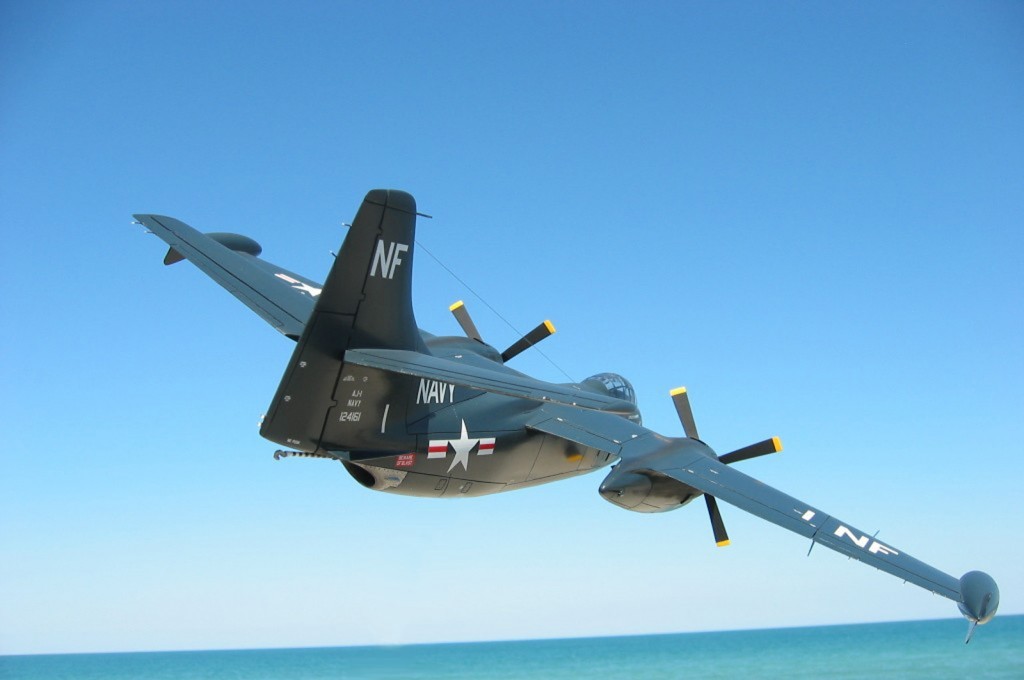