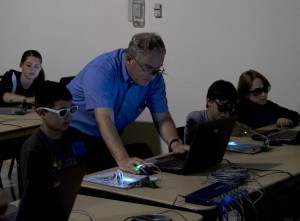 On Friday, 27 April, and Tuesday, 1 May, the Mission Ocean program was inaugurated in the Cold War Gallery, at the National Navy Museum in Washington DC. One hundred-thirty students from two Prince William County schools were the first children to conduct undersea exploration missions, employing networked computers to operate their research submarine, while observing their sub’s search on a 3D video display. Investigating the continental shelf area in the Aleutian Islands, students used ocean temperature and sulfur dioxide measurements to locate an actively erupting volcano in the virtual Education Center at the Cold War Gallery, part of the National Navy Museum in Washington, D.C.

Over the past month, a complex network of equipment was installed in the Cold War Gallery in order to facilitate the program. A grant provided by the Office of Naval Research enabled Purdue University Calumet to conduct the program, including the purchase of eight laptop computers for the Education Center. The laptops were then networked through a desktop PC to the Mission Ocean program at Purdue-Calumet’s Center for Innovation Through Visualization and Simulation. The Naval Historical Foundation purchased the desktop PC, as well as a wide screen 3D television to display the submarine and the surrounding ocean. NHF Education Director Captain John Paulson, USN (Ret), former commanding officer of the nuclear attack submarine USS Philadelphia (SSN 690) as well as a retired school teacher, worked closely with the team from Purdue-Calumet to ensure that the simulation was running smoothly, and then led the students through the program.

During their visit to the museum, students were organized into teams, each taking their turn at the 45-minute submarine exploration problem. Student teams included the command team, plus drive, dive, ballast/trim, navigation, propulsion/electrical, research data, and scientist. All teams were successful in their mission, owing to great teamwork and year-long preparation. When not conducting the research mission, the students worked at projects developed by the staff of the Museum: “Underwater Research Vessel Challenge,” where students could build submarines with LEGO building blocks, “Straw Rockets” to learn about Newton’s Laws of Motion, mapping of an underwater wreck site, “Sink or Swim” engineering challenge plus the science of Cartesian divers, visiting the Navy Museum exhibits of the Trieste and Alvin submersibles, and conducting a deep diving research, navigation, and exploration scavenger hunt. 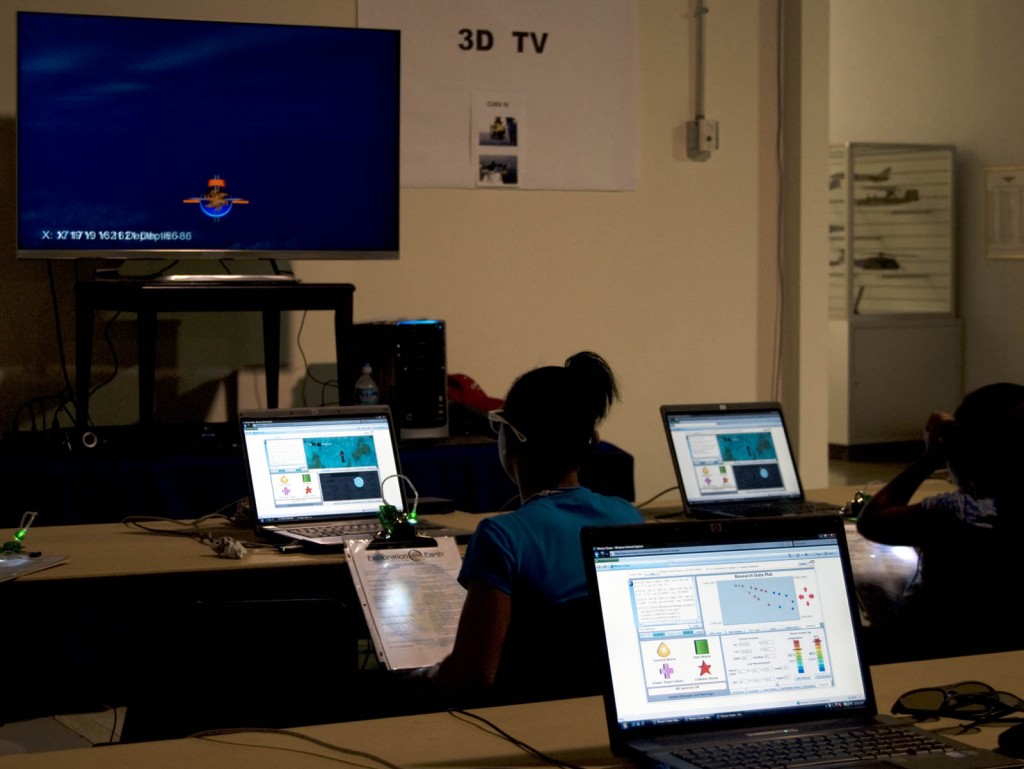 Students command the Mission Ocean submarine at individual stations, with a 3D view on the big screen 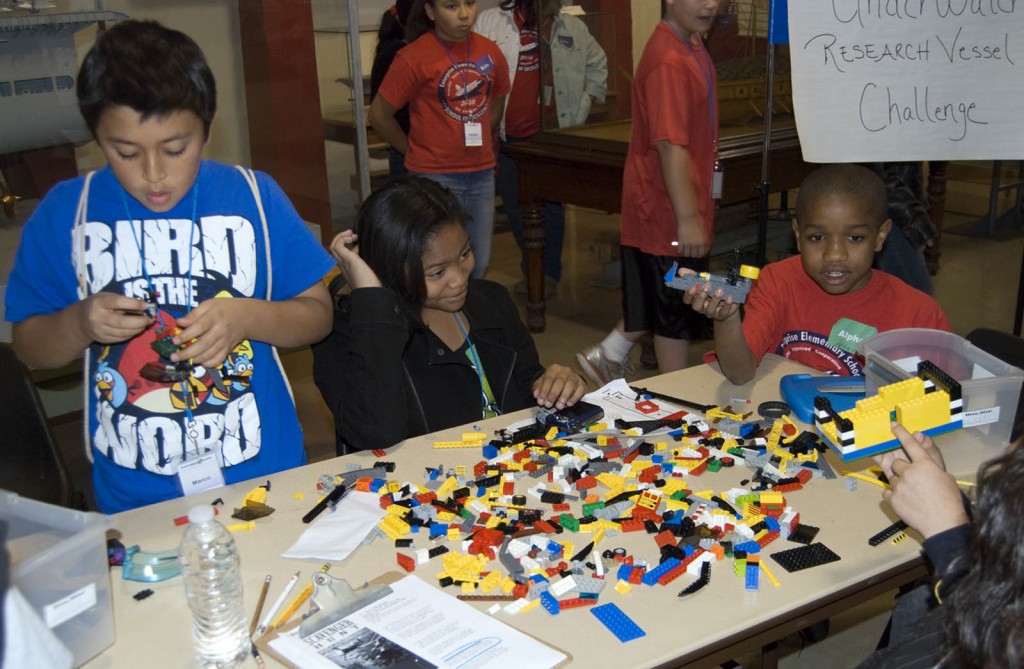