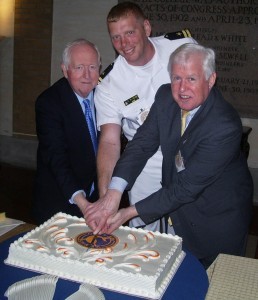 The 2012 Submarine History Seminar was held on the evening of 24 April 2012, as part of the National War College Commandant’s Lecture Series in historic Roosevelt Hall at the War College’s Fort McNair campus in southwest Washington, DC. 2012 marks the 11th year that the Naval Historical Foundation has partnered with the Naval Submarine League to stage these compelling looks back at the U.S. Navy’s submarine force in war and peace. This year’s topic was “OUTLAW SHARK – The Beginning of Over-The-Horizon Targeting.” The seminar took an in-depth look back at the intensive effort in the 1970s and 1980s to develop over-the-horizon (OTH) targeting methods needed to ensure that newly developed HARPOON and TOMAHAWK cruise missiles could be employed reliably to their full range potentials.  Moderated by NHF Vice President RADM Jerry Holland, USN (Ret), panelists included:

The audience of nearly 70 active duty and retired Navy personnel, plus eight midshipmen of the Naval Academy’s Dolphin Club, listened with rapt attention to the participants’ enthralling descriptions of the U.S. Navy’s ultimately successful effort to target the Soviet Navy before they were able to develop the same capability to target USN ships.

The seminar was preceded by food and refreshments sponsored again this year by the Northrop Grumman Marine Systems office and included a ceremonial cake to mark this month’s 112th birthday of the U.S. Navy’s submarine force. 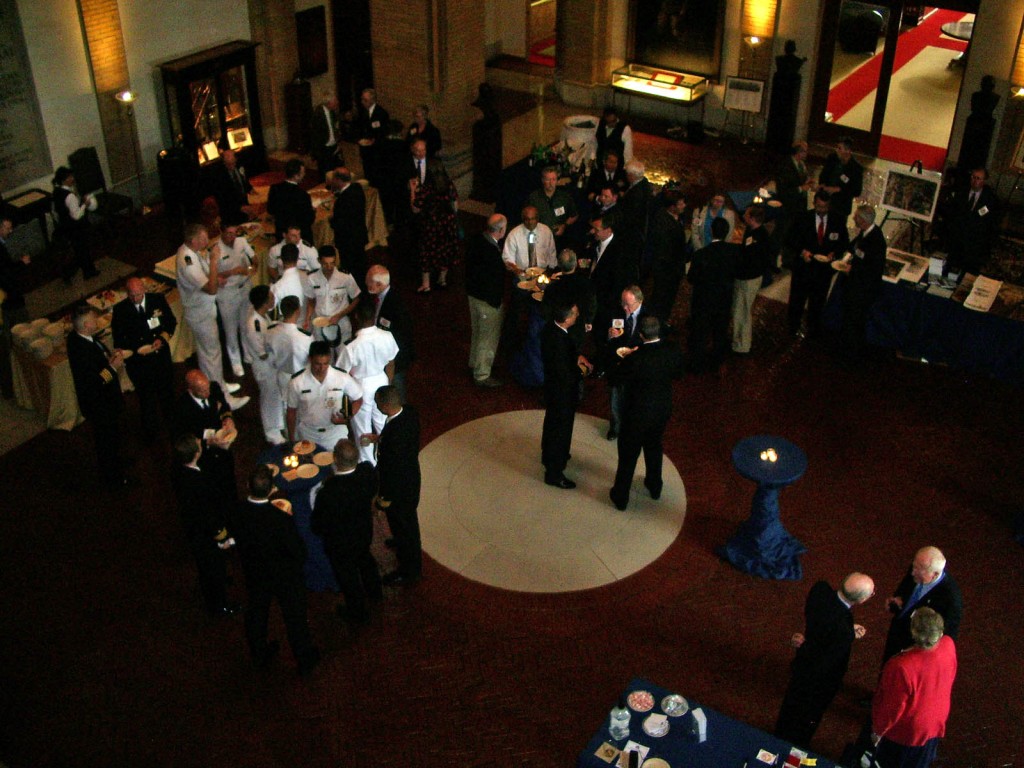 Seminar attendees enjoy food, drink, and camaraderie before the seminar in the foyer of historic Roosevelt Hall at the Naval War College. 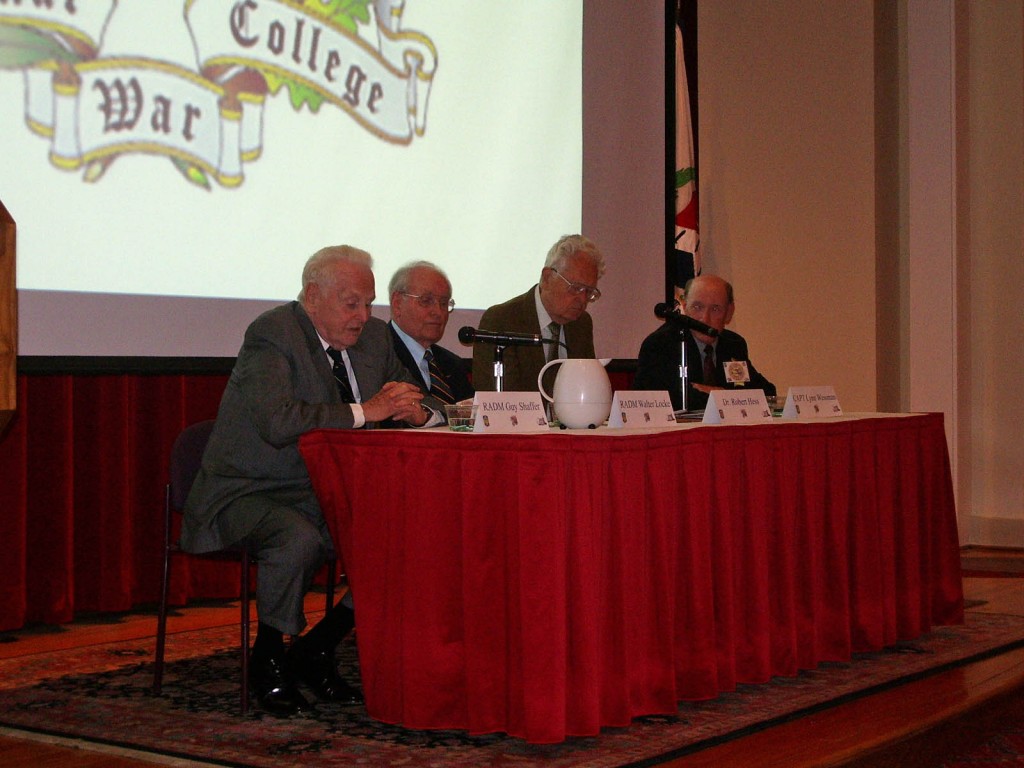 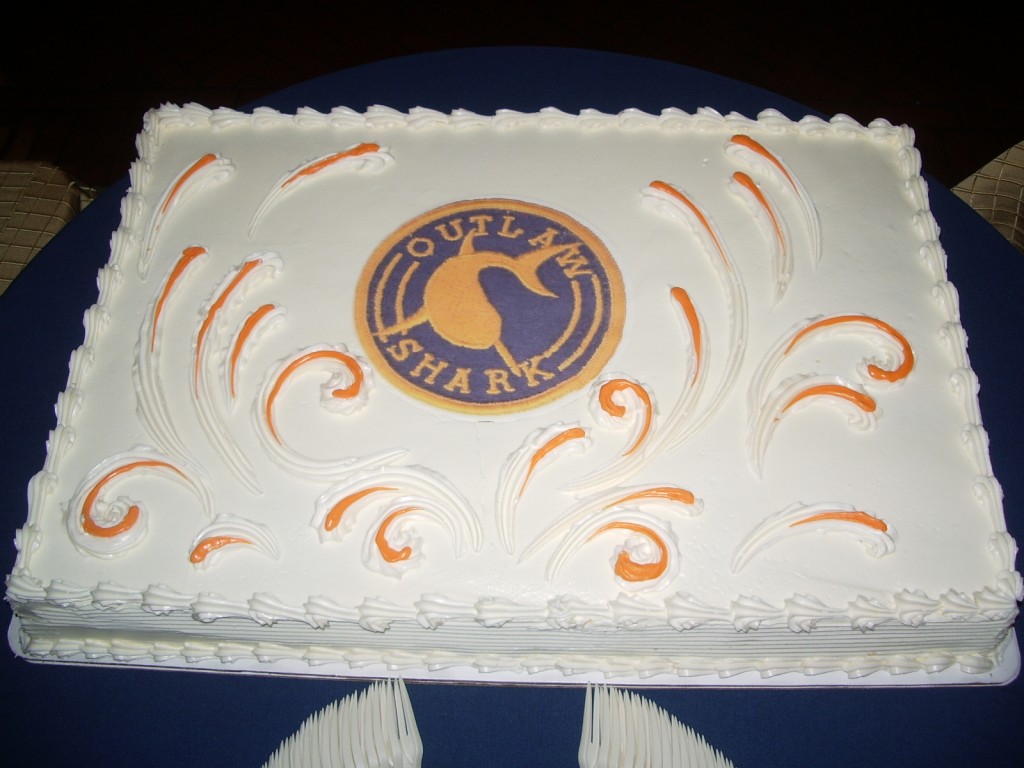