We’re moving along rapidly with planning for the new Cold War Gallery exhibit, “Into the Lion’s Den.” The exhibit tells the story of the 1972 raid into Haiphong Harbor by four U.S. Navy warships to shell enemy shore positions. We’ve just received detailed engineering drawings for the exhibit, which have been submitted to Naval Facilities Engineering Command (NAVFAC) for review. We’re also really pleased with the design of the four colorful wall panels that will explain the story of this battle to museum visitors. We hope to share some of these graphics with you in the next week or two. We anticipate construction of the exhibit to be complete by the end of May, with a formal ribbon cutting ceremony at the Naval Historical Foundation Annual Meeting in June.

Today, we want to recognize one of the participants in the raid: destroyer USS Rowan (DD 782). Rowan was commissioned in the final year of World War II, and went on to serve in both the Korean and Vietnam Wars. Last night we heard from a sailor who was on board Rowan during that dramatic 1972 night battle in Haiphong Harbor, and he pointed out an excellent write-up by another veteran of the battle, Chuck Packer, called “A Dicey Night Up North.” We hope you’ll enjoy reading it as much as we did.

To learn more about this upcoming “Into the Lion’s Den” exhibit, or to make a donation to support construction, please visit our Fundly page. 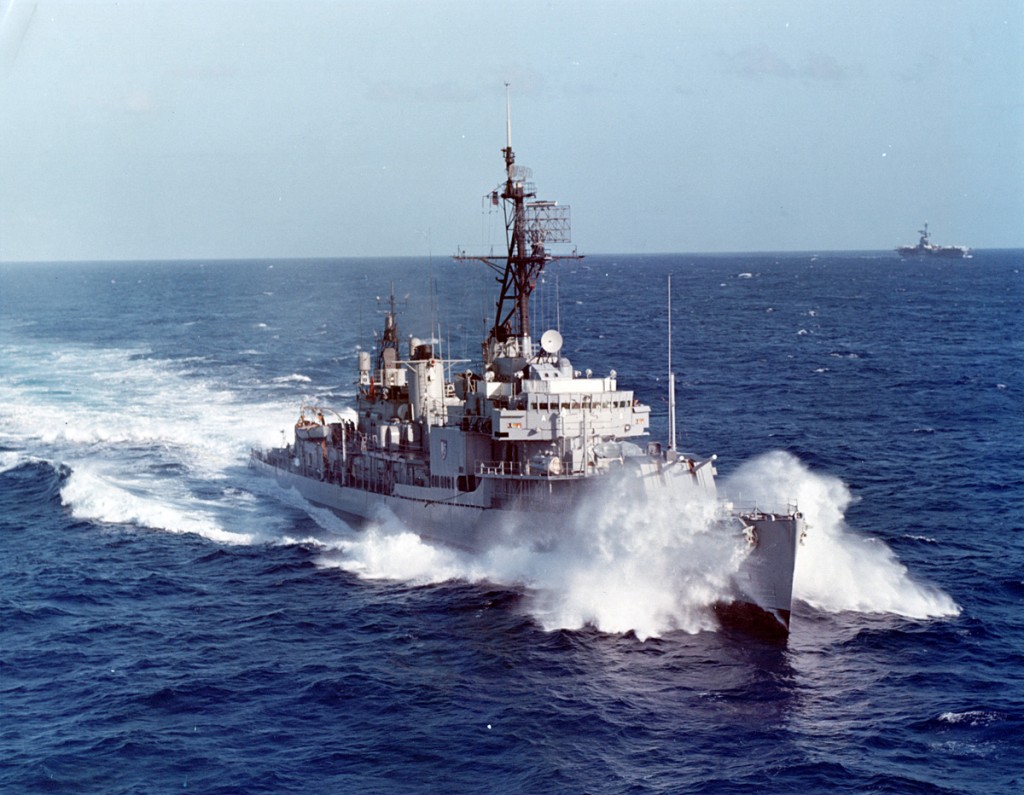