Tuesday evening at the Library of Congress, the Naval Historical Foundation helped the Navy stage its formal kickoff for the 2012 War of 1812 Bicentennial Commemoration. The event was hosted in the Great Hall of the Library of Congress’ Jefferson Building, by Librarian of Congress, Dr. James H. Billington and Secretary of the Navy the Honorable Ray Mabus. Joining the Foundation in supporting this event were the Navy League of the United States, OpSail, and the National Maritime Historical Society.

After presentation of the colors by a color guard from War of 1812 veteran USS Constitution, and a stirring rendition of the War of 1812-spawned “Star Spangled Banner” by a U.S. Navy Band vocalist, the 600 guests heard from the hosts. Dr. Billington reminded the guests of the impact of the War of 1812 on the Library of Congress, with the destruction of the entire collection when the Capitol was burned in 1814. The subsequent Congressionally authorized purchase of Thomas Jefferson’s library became the foundation of the largest such collection in the western hemisphere at the time, and set the Library of Congress on the road to becoming the world renowned repository it is today. Secretary Mabus explained the parallels between the valor, determination, and readiness to fight of the young U.S. Navy during that long ago conflict and the combat ready Navy-Marine Corps and Coast Guard team today, who have kept the seas free for these 200 years.

To learn more about the Navy’s upcoming plans for War of 1812 Bicentennial Commemorations, please visit the Navy’s official 1812 website at www.ourflagwasstillthere.org.

120313-N-WE887-008 Washington, DC (March 123, 2012) Secretary of the Navy Ray Mabus announced the official kick off of the Navy's three-year commemoration of the War of 1812 during a ceremony held at the Library of Congress. Beginning in April and continuing through 2015, the U.S. Navy, U.S. Marine Corps and the U.S. Coast Guard will commemorate the bicentennial of the War of 1812 and the Star Spangled Banner with a series of public events in 16 cities across the nation. (US Navy photo by MC2 Gina K. Morrissette/released) 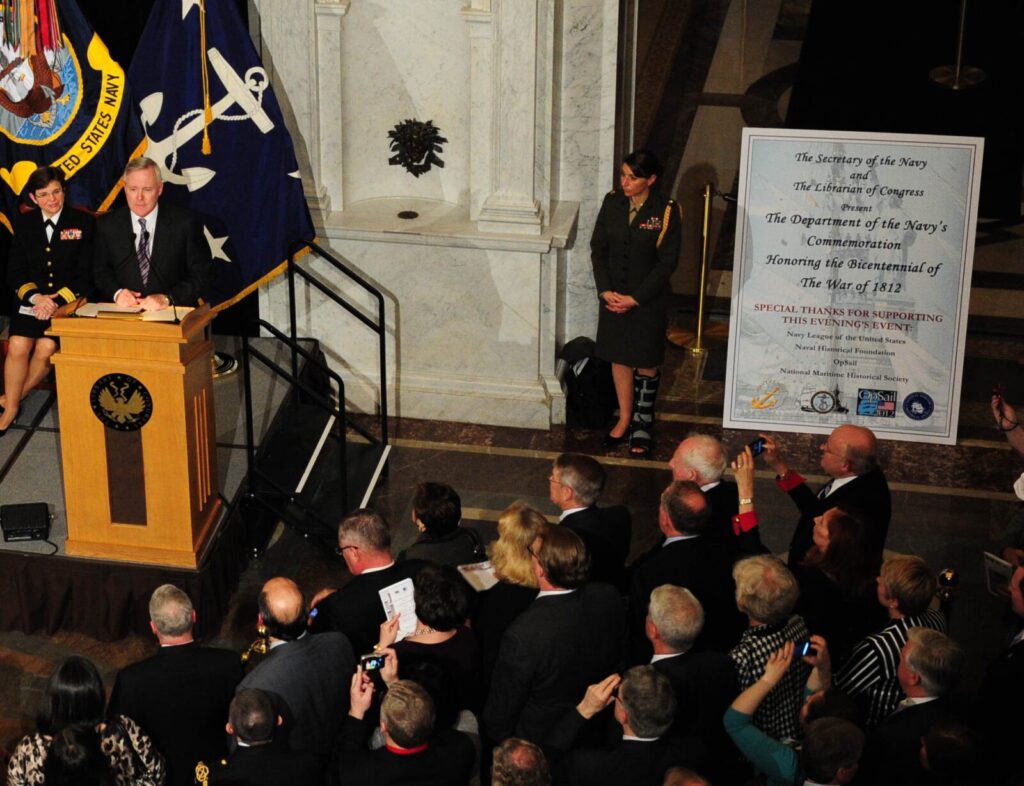 120313-N-MM501-040 WASHINGTON (March 13, 2012) Secretary of the Navy (SECNAV) the Honorable Ray Mabus delivers remarks during a commemoration of the bicentennial of the War of 1812 in the Great Hall of the Library of Congress. (U.S. Navy photo by Mass Communication Specialist 3rd Class Shannon Burns/Released)