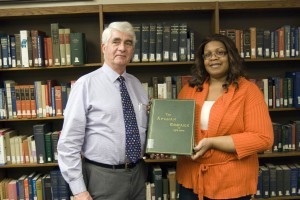 The Naval Historical Foundation is pleased to announce the successful acquisition of three vintage 19th century books for the Navy Department Library. If you recall in November, NHF made an appeal, called “Bucks for Books,” to raise funds for the acquisition of these books for the Library. A number of generous donors stepped forward, and over $2200 was raised. Three books (one of which is a two-volume set) were acquired by NHF, and gifted to the library.

The books were written in the late 19th century, and detail the experiences of the British military campaign in Afghanistan. As the U.S. presence in Afghanistan continues, there is value in studying and understanding the experiences of past campaigns in that rugged nation. The Library plans to digitize these books, and then post them on their website. They have previously posted similar items from their collection, such as “A Journal of the Disasters in Afghanistan, 1841-2” and “The Afghan Wars 1839-42 and 1878-80,” and the content of these books has been used in briefings to Navy leadership.

Images of the books and their full titles are listed below. Once again, many thanks to those who stepped forward to make this possible! 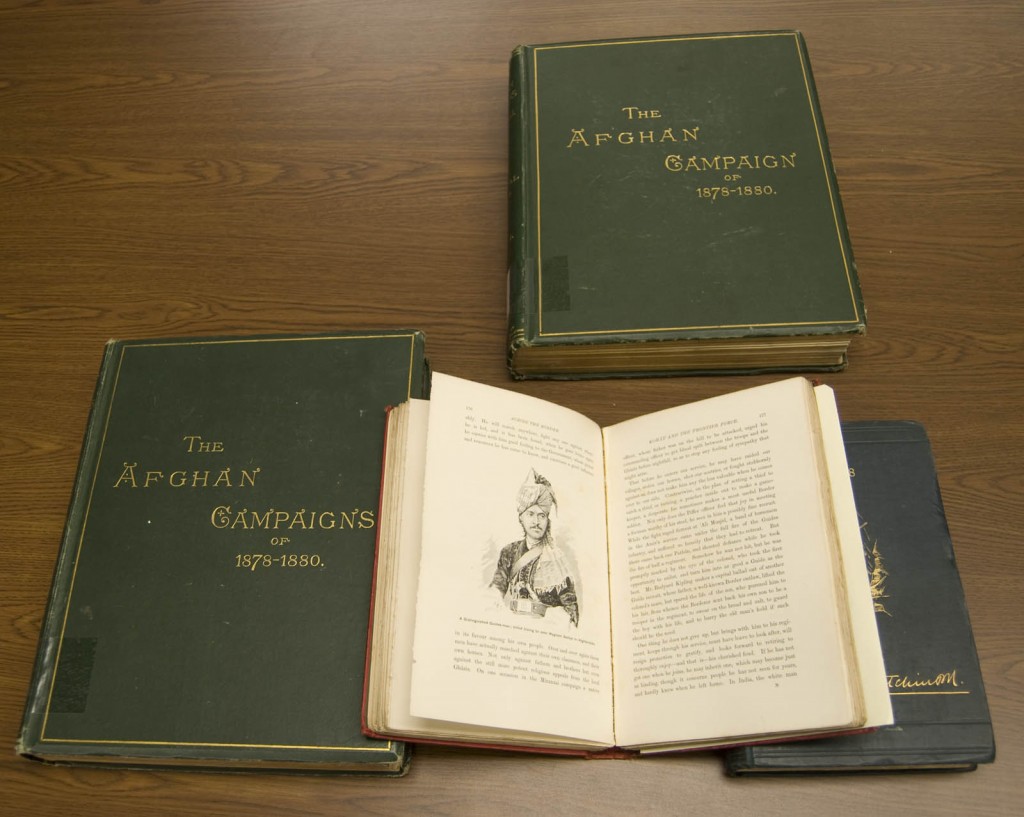 Shadbolt, Sydney Henry, Inner Temple, Barrister-at-Law. The Afghan Campaigns of 1878-1880: Comprising Historical and Biographical Divisions, and Containing a Rapid Sketch of the War, Maps Illustrating the Operations and the Movements of the Forces, One Hundred and Forty Permanent Photographs of Officers Who Lost Their Lives in the Campaigns and of Recipients of the Victoria Cross, with Memoirs Prepared from Materials Furnished by Their Relations and Surviving Comrades, Summaries of the Movements in the Field of the Various Regiments Which Were Engaged, and Separate Records of the Services of Every British Officer Who Was Employed in the War. Dedicated to Lieutenant-General Sir Frederick Sleigh Roberts, Baronet, Commander-in-Chief, Madras Army. London: Sampson Low, Marston, Searle and Rivington, 1882. (two volumes).

Oliver, Edward Emmerson, M.Inst.C.E., M.R.A. Across the Border: Or, Pathân and Biloch. Illustrated by John Lockwood Kipling, Companion of the Order of the Indian Empire. London: Chapman and Hall, 1890.