On 9 November 2011 long-time NHF member retired Chief Journalist Ty Robbins hosted Foundation Vice President, Rear Admiral Jerry Holland, Executive Director Captain Todd Creekman, and members Captain Jim Bryant, Ed Finney and his wife Daisy on a day-long journey aboard “Navy 118” a former Union Pacific Railroad office car, built by Pullman in 1914, that Robbins has restored and maintained for over a decade.  Hooked to the end of an Amtrak Northeast Corridor Washington to Newport News passenger train for the round trip jaunt, the group was met in Newport News by NHF member and Mariners’ Museum President, Dr. Bill Cogar.  Following lunch at the museum, Cogar gave the NHF party a personal tour of the USS Monitor Center that tells the story of that fabled ironclad’s creation, battle with CSS Virginia, loss off Cape Hatteras during the Civil War, and recovery by Navy divers. With the 150th anniversary of the Monitor-Virginia battle just four months away, the Mariners’ Museum (in addition to displaying this world class exhibit which features the Monitor’s turret, guns engine and other artifacts still undergoing conservation) will host a Civil War Navy conference 9-11 March 2012.  Details of that conference and future opportunities for such rail car trips will be covered by the NHF’s WE-PULL TOGETHER e-letter. 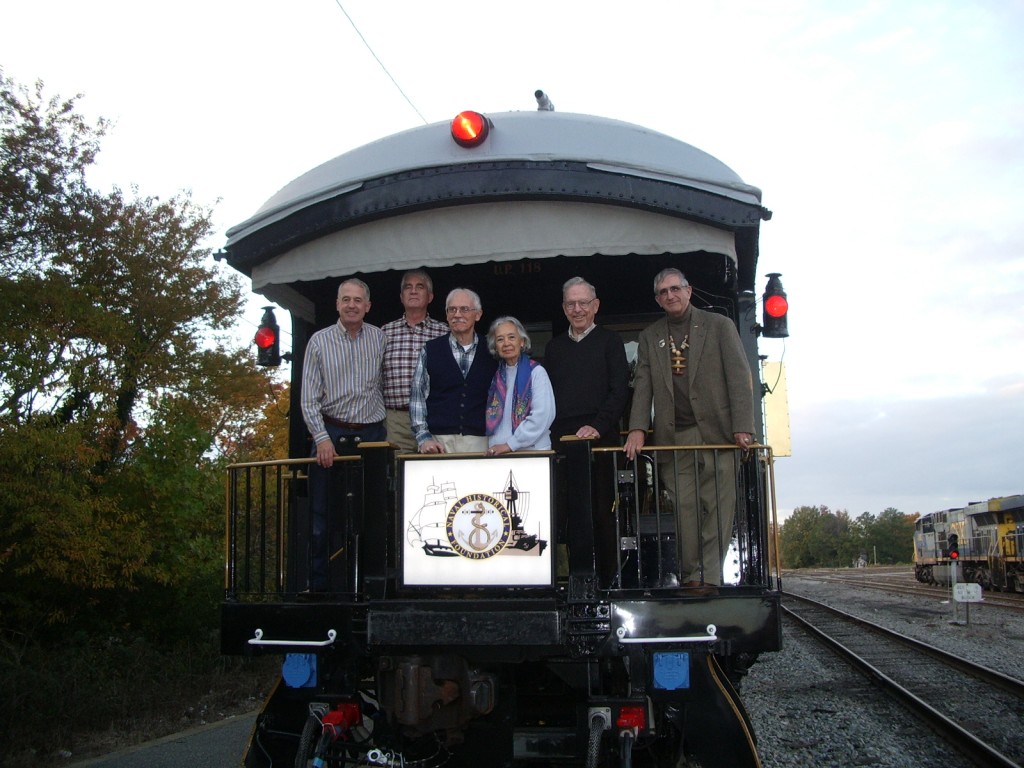