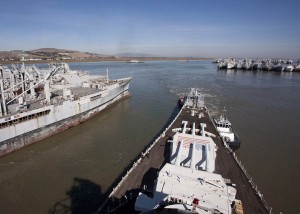 In early November, we shared photos of the departure of the battleship ex-USS Iowa from the National Defense Reserve Fleet at Suisun Bay, CA. Restoration work on Iowa is now underway at Richmond, CA, to repair the ravages of time since her 1990 decommissioning. Staff and volunteers of the Pacific Battleship Center are now supervising extensive work on the exterior of the ship, including painting, corrosion control, repair of her famous wooden deck, and underwater hull preservation. Restoration crews are removing wood from the steel bulkheads (margins) on the main decks for the painter to get close enough and blast the steel to prevent further corrosion. They are also removing severely rotted wood on the bow that makes this area unsafe for future visitors, and which is allowing water under it.  Some of the wood on Iowa was replaced with Douglas Fir in the 1980’s and it appears the Douglas Fir has rotted much more than the teak. The overall goal is to preserve as much teak as possible and look at replacing teak in the farthest degraded areas.  These areas amount to approximately 25 to 30% of the ship.

The work is proceeding at a rapid pace, with the battleship’s final tow to Los Angeles scheduled for January, and a planned grand opening to the public next Fourth of July. This past weekend, with repair work still ongoing, portions of the ship were opened to the public. The Battleship Expo at the Port of Richmond includes a visit on board Iowa and access to exhibits that include a short film on the battleship, 16” shells, a Sheridan tank & half-track displayed by the Military Vehicle Foundation, the Blue Angels F-4 Phantom flight simulator from Pacific Coast Air Museum, and numerous other exhibits.

Currently the forward portion of the main deck with a view of turrets 1 & 2 is open to guests. As work is completed, additional exhibits and areas on the battleship may be open to the public for visitation. Reservations are not required. The Battleship Expo entrance donation is $10 per adult, $5 per child 12 years or older, and children 11 & under are free. Iowa is located at Terminal 3, 1411 Harbour Way, Richmond CA. The Battleship Expo can be accessed via the northeast gate. 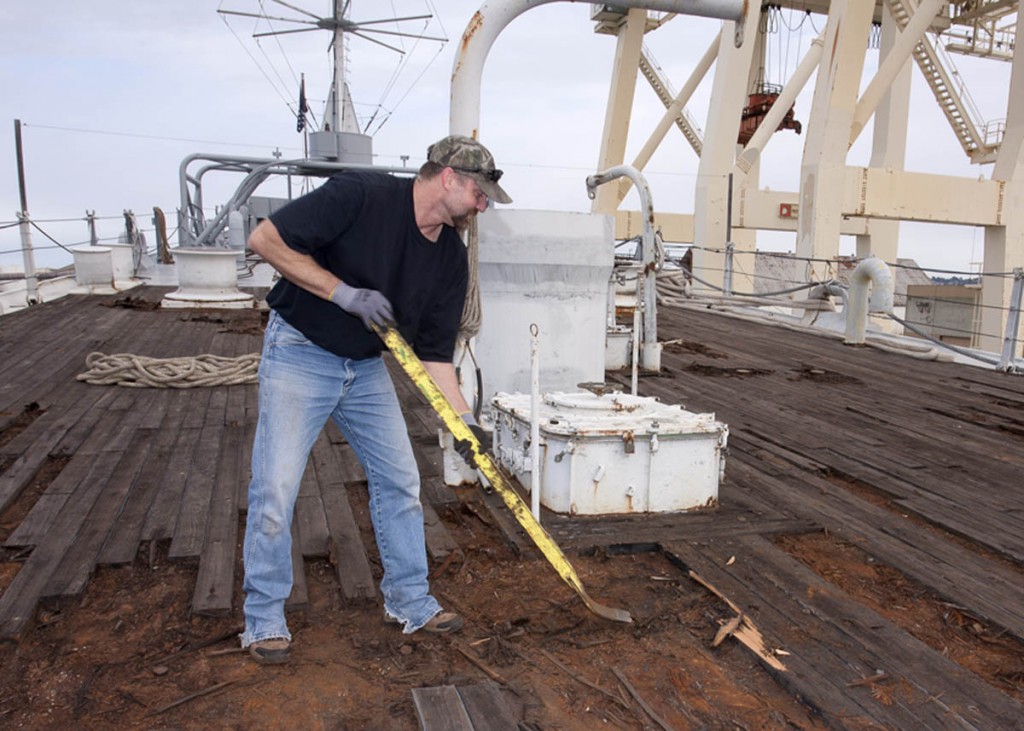 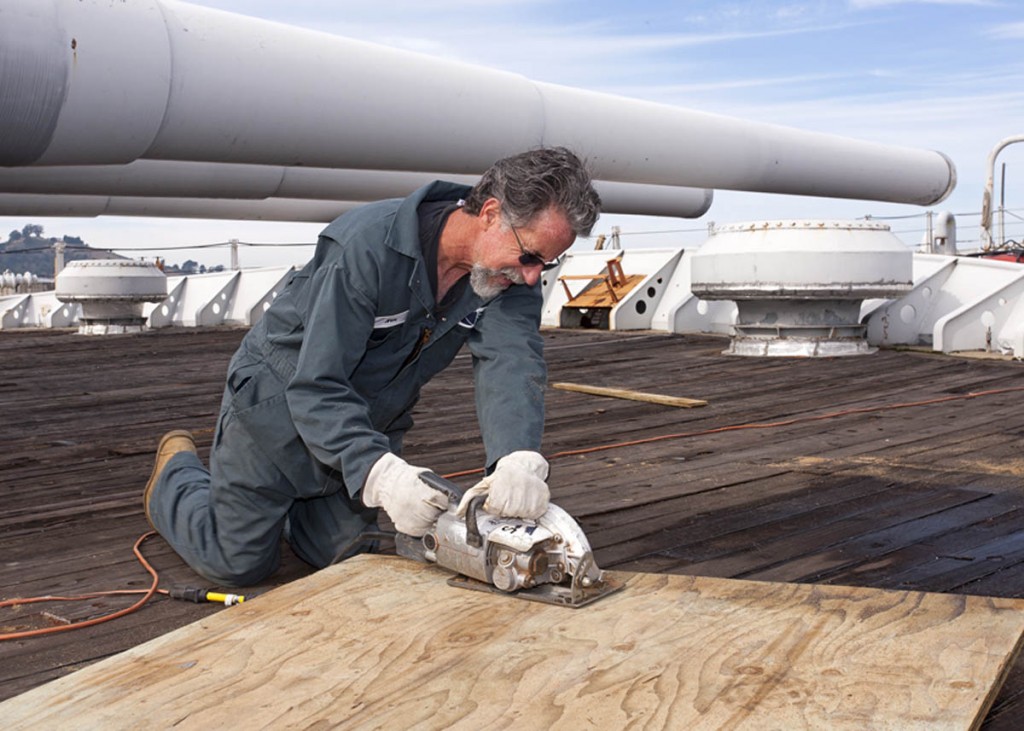 Repair work on the battleship requires many skilled craftsmen. Photo by Jeremy Bonelle, courtesy of the Pacific Battleship Center. 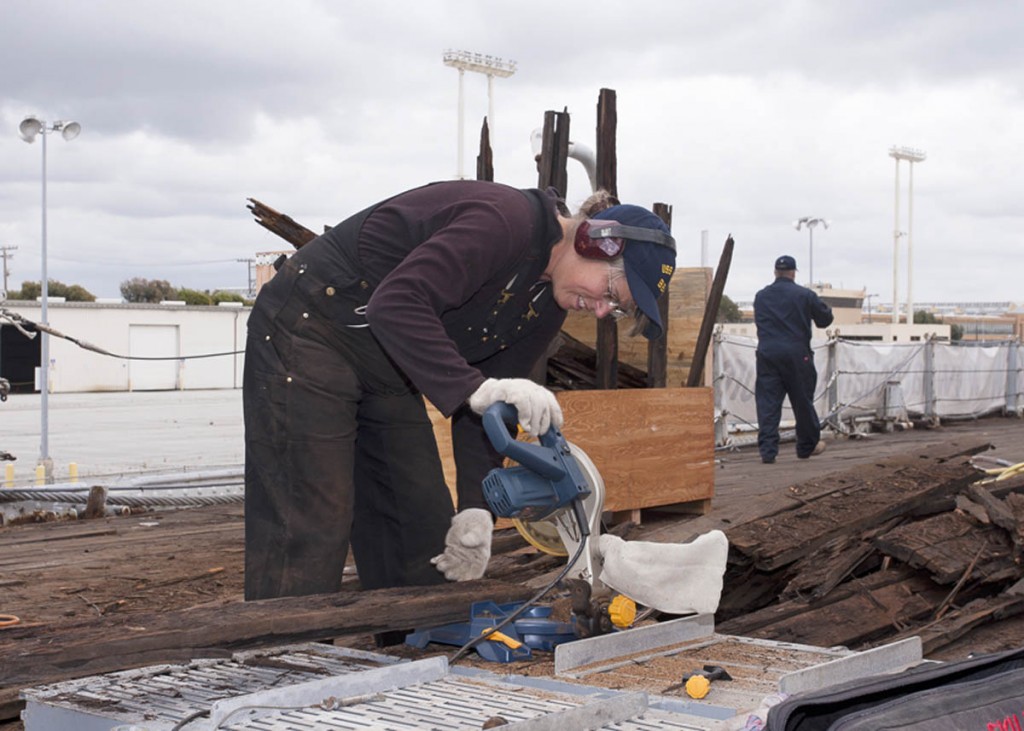