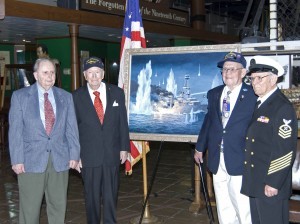 On Thursday 17 November the National Museum of the United States Navy hosted a remarkable event to honor those who were lost and those who survived the sinking of USS Houston (CA 30) on 1 March 1942 off Java.  Over the past 17 months, the Curator of Ship Models with Navy Sea Systens Command, Dana Wegner and his staff, have spent hundreds of hours refurbishing a 1929 vintage model of the Northampton-class cruiser USS Houston.  In the meantime, the USS Houston (CA 30) Survivors and Next Generations Association paid for the construction of a beautiful wooden/glass case to host the 1/48 scale model.  From 1100 through noon there was an official Model unveiling ceremony that included remarks by Director of Naval History, Rear Admiral Jay A. DeLoach, Lieutenant Commander Carl Holmes of the Royal Australian Navy, and John Schwarz who is the president of the USS Houston (CA 30) Survivors and Next Generations Association.

Following a luncheon underwritten by the Surface Navy Association and the Naval Historical Foundation, Dr. Dave Winkler of the Naval Historical Foundation had the opportunity to do an 80 minute roundtable with 3 of the Houston veterans: Raymond Kester, Howard Brooks, and David Flynn.  In the case of Kester, he had transferred to the cruiser Marblehead before the battles of February 1942.  He recounted how Japanese bombers heavily damaged Marblehead during air attacks on 4 February.  Marblehead would make it back to New York for repairs in May.  During the air attack of 4 February, a bomb hit turret #3 on Houston.  Brooks was part of the aft damage control party stationed aft of the barbet and was sent away to repair an ammunition hoist.  When he returned he found that the bomb had killed or wounded all of the other Sailors who had been part of the repair team.

Both David Flynn and Brooks discussed the battle that led to the loss of Houston and their escapes.  Flynn, wounded with shrapnel, considered himself lucky in retrospect because his injuries deemed him of little use to the Japanese and he spent the rest of the war on Java.  Brooks, on the other hand, found himself mixed in with thousands of British, Australian, Dutch, and other prisoners working on a rail line to link Thailand and Burma.  Brooks gave a twenty minute narrative of his experience that was illustrated in the movie “The Bridge On the River Kwai.” The roundtable ended with an upbeat note as Brooks and Flynn discussed their liberations. Those wanting to learn more about the experience of these brave men should read James Hornfischer’s “Ship of Ghosts.” 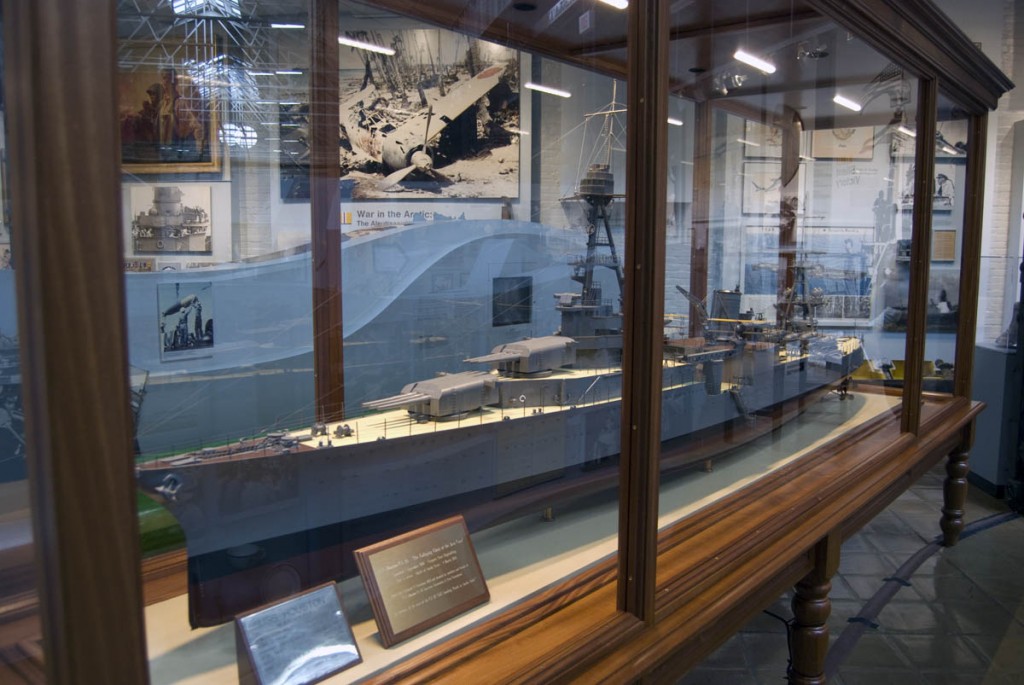 USS HOUSTON (CA 30) model on display at the National Museum of the United States Navy, in a new case donated by the USS HOUSTON (CA 30) Survivors Association and Next Generations. The model has been meticulously restored to its original 1920's configuration. 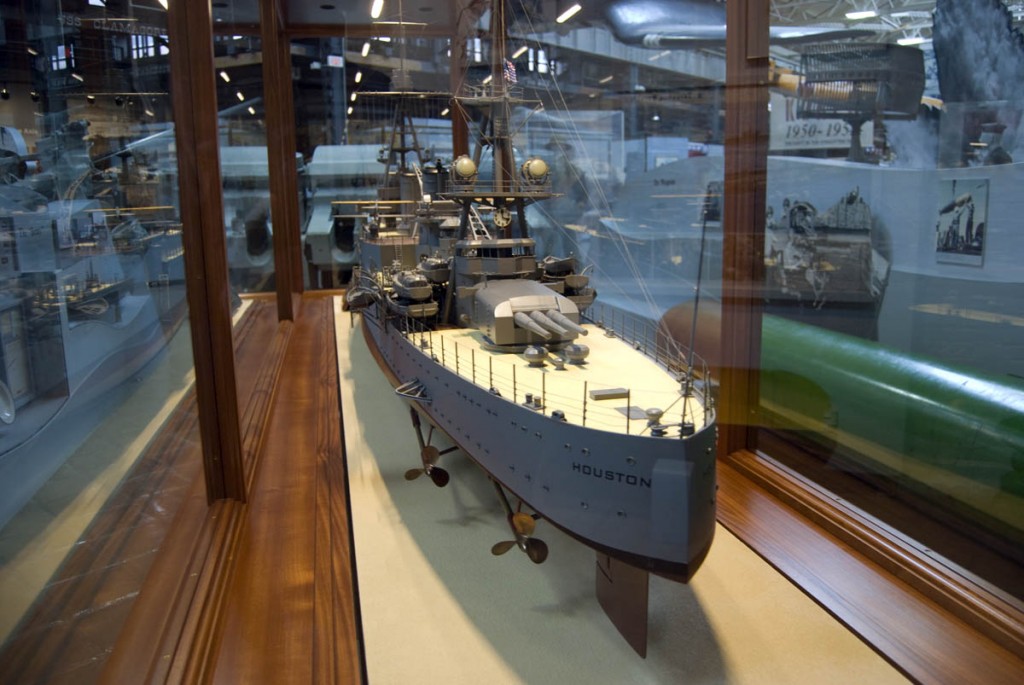 USS HOUSTON (CA 30) on display at the National Museum of the United States Navy, in a new case donated by the USS HOUSTON (CA 30) Survivors Association and Next Generations. The model has been meticulously restored to its original 1920's configuration. 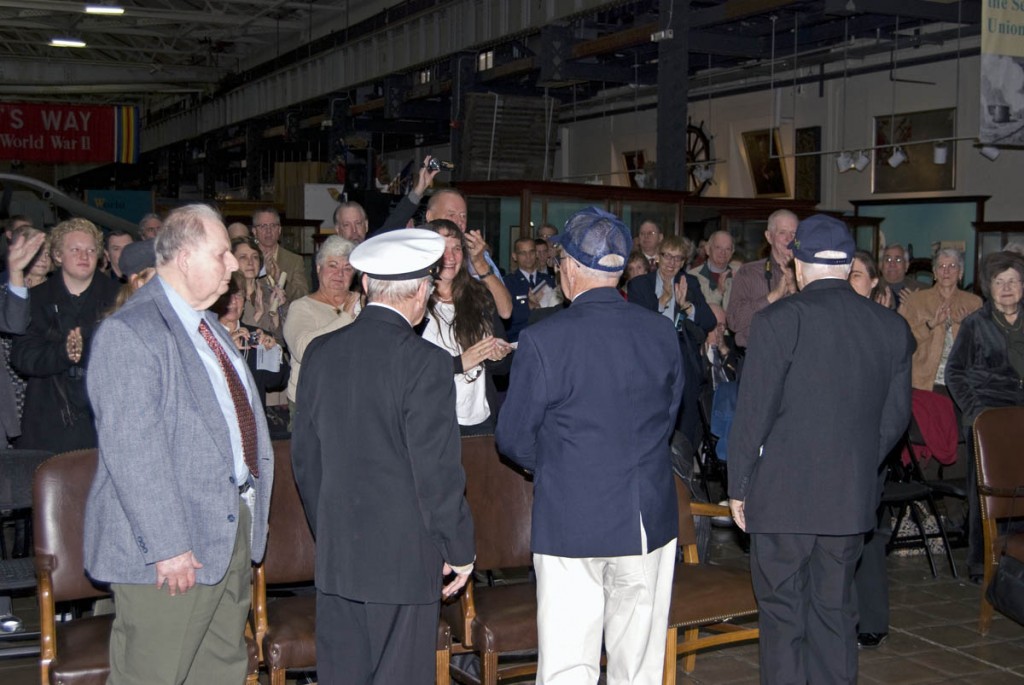 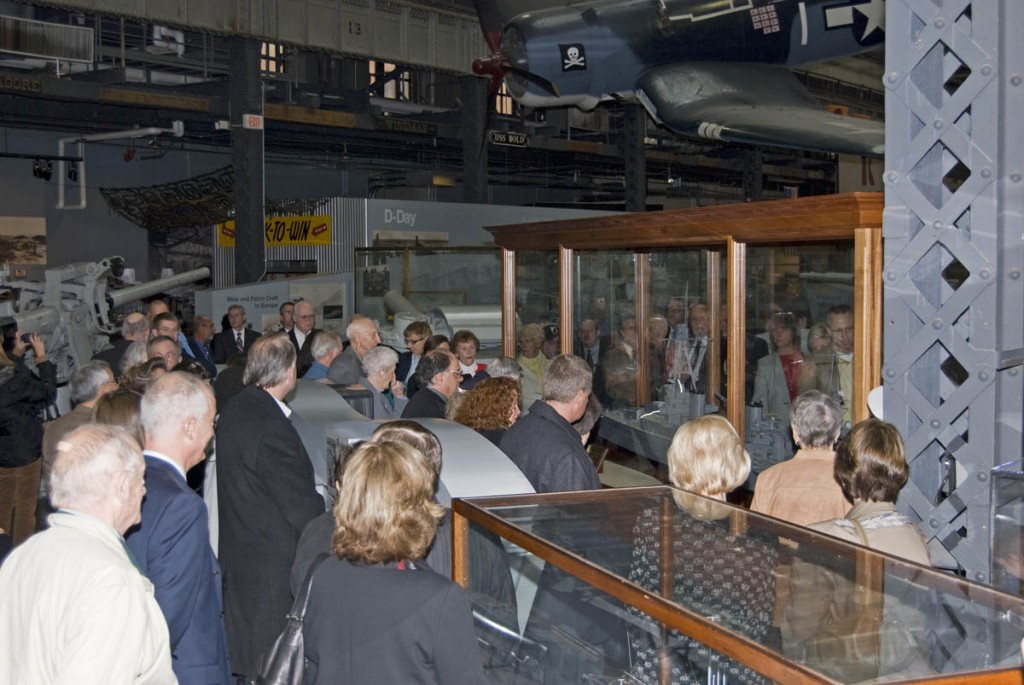 USS HOUSTON (CA 30) shipmates Raymond Kester, Howard Brooks, and David Flynn shared their memories in a panel after the model dedication ceremony. The panel was chaired by the Naval Historical Foundation's Dr. Dave Winkler (at right).